Alex Cejka took a one-stroke lead in the PGA Tour's Puerto Rico Open after finishing the second round five-under par.

Cejka, born in the Czech Republic but of German nationality, birdied three of his last five holes to card 67 and reach seven-under 137 after 36 holes at Trump International, one shot ahead of American Brandon Hagy.

Argentina's Emiliano Grillo hit 70 and is two shots back on 139 while America's Jonathan Byrd and defending champion Chesson Hadley are both still in contention on 141.

Cejka started on the back nine and birdied the 15th and 18th holes before repeating the feat on fifth, seventh and ninth to complete a bogey-free round.

The 44-year-old has four European Tour victories but has never won a US PGA title. 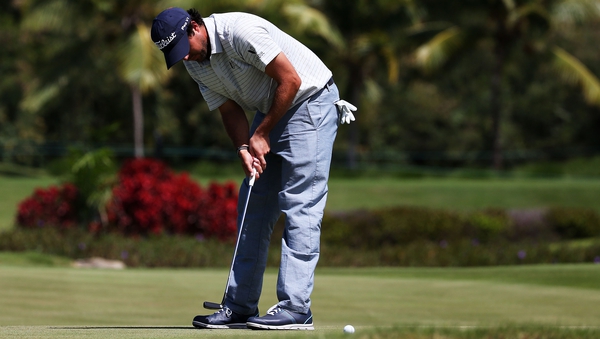 Mark Hubbard on top at the Puerto Rico Open