Two of the European Tour's lesser lights, Australian Wade Ormsby and Germany's Marcel Siem, stole the show as Ian Poulter blew a six-shot lead in the third round of the Turkish Airlines Open on Saturday.

Motorsport-loving Ormsby was in turbo-charged mode, ignoring the damp, grey conditions at the Montgomerie Maxx Royal to steer his way to the summit of the leaderboard with a four-under-par 68.

Siem, the only player with a realistic hope of catching Rory McIlroy at the top of the money-list, gave his chances a shot in the arm as he moved within a stroke of the Australian.

While Ormsby and Siem were making determined forward moves, Poulter was very much in reverse gear as he struggled to a three-over 75.

Ireland's Shane Lowry is tied for eighth on eight under after a 66, while Michael Hoey is 14 over.

"My game feels good, the timing is good, I'm making a few putts and the wedges have been great this week" - Wade Ormsby

"That's brought a lot of players back into the fray," the glum Englishman told reporters after finishing alongside Siem and Ryder Cup team mate Lee Westwood (67) on 11-under 205.

A six at the par-four 15th summed up Poulter's day as he made a hash of a short-range stroke.

"Real lack of judgment there," fumed Europe's Ryder Cup talisman. "I only had a wedge...it hit a tree and left me no shot.

"It's inexcusable for me to make that error. A simple wedge shot puts me to 20 feet with an outside birdie look at worst and I hit the tree."

Ormsby, by contrast, was simply purring about the excellence of his short game after mixing three birdies with an eagle three at the 18th.

"My game feels good, the timing is good, I'm making a few putts and the wedges have been great this week," said the 34-year-old. "That's probably the highlight of my game at the moment."

This is Ormsby's 10th season on the European Tour. He has never won and his best campaign was back in 2005 when he wound up 71st on the money list.

A good result this week will book his ticket to next week's season-ending DP World Tour Championship extravaganza in Dubai, just down the road from the Formula One circuit at Abu Dhabi.

"I haven't been looking too far ahead because I'm not actually in Dubai yet," said Ormsby. "But I love motorsports, doesn't matter what type, F1 or Supercar."

Siem, who needs back-to-back victories here and in Dubai to have any chance of catching McIlroy, squeezed seven birdies into his 66.

"It's a little bit more interesting now for everybody and for sure I'll give it a shot tomorrow, try my best," said the tall, pony-tailed German.

"I can't wait to go out there. I'll have a good rest now and just hope my ball-striking is as good as today and the putter is hot."

Siem thanked the support he has received from a sizeable contingent of his fellow countrymen in southern Turkey this week.

"I hope there's going to be more tomorrow...the 12th man on the pitch is always good."

Westwood also came surging through the field with five birdies and an unlikely eagle at the 459-yard seventh, where he holed his second shot.

"I didn't hit a particularly good drive, I carved it out to the right where the crowd walked but then drew it around the trees and landed it on the slope just right of the hole," said the former world number one.

"I called for it to get in and it actually rolled down the hill and went in." 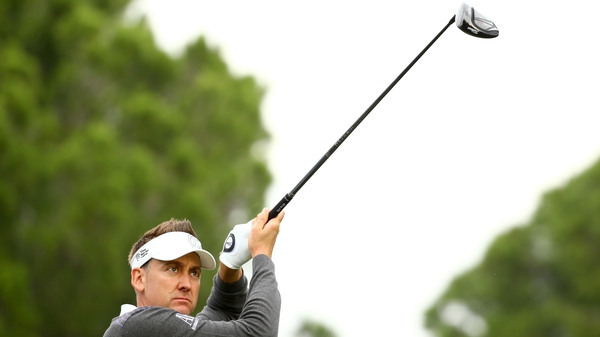