Thorbjorn Olesen of Denmark appeared set to end a two-year trophy drought by carving out a three-stroke lead after the penultimate round of the Perth International today.

The 24-year-old, who won his first and only European Tour title in Sicily two years ago, carded a five-under-par 67 in the third round for a total of 16-under.

South Korean Kim Si-hwan, who is fighting to keep his European Tour card, was on 13-under followed by England's James Morrison at third, a further stroke behind.

Ireland’s Kevin Phelan and Damien McGrane are tied for 41st on three under after a 72 and 73 respectively.

Olesen, who mixed six birdies with a bogey today, said: "I tried to go out there and be aggressive like I did the first two days, but I didn't have the game today.

"I didn't feel good -- I was struggling out there. I made some great up and downs to keep it going.

"It was a fight all the way through, but I still had fun and I was fighting all the way. Five under is a great score today.

"It's been a couple of years since I won, so definitely I'll feel the nerves. I've been in contention in big tournaments and I know how it feels. But it'll be great to get that victory, so it'll definitely be on my mind."

Kim, who needs a top-two finish to retain his playing right for next year, will look to emulate his friend and compatriot Jin Jeong, who won the title last year.

"It's quite funny how last year Jin didn't have any status anywhere and ends up winning this tournament and he has status on the European Tour," said Kim, who signed off for a 69 in the third round.

"I'm going to have dinner with him tonight and I'm pretty sure he's got something to say." 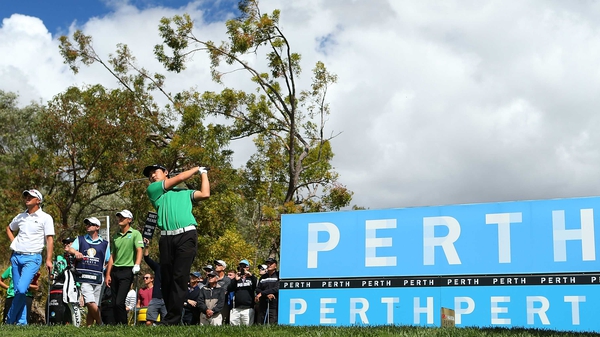