Scotland's Marc Warren produced a nerveless final round to win his first European Tour title for seven years at the inaugural Made in Denmark event on Sunday.

Warren began the day tied for the lead with Wales' Bradley Dredge, but carded a closing 68 in front of massive crowds at Himmerland Golf Resort to finish nine under par.

Northern Ireland's Gareth Maybin was best of the Irish in a tie for ninth place on one under par after a closing round of 73.

Damien McGrane ended on two over par after a 70, while Peter Lawrie ended on eight over after shooting 74 and Simon Thornton finished on 12 over after a closing 75.

Warren, who had suffered a number of near misses since the second of his Tour wins in 2007, made the ideal start with birdies on the third and fourth and then hit his approach to within inches of the hole on the eighth.

That seemed certain to give him a five-shot lead, only for playing partner Dredge to hole from 18 feet after three bogeys and one birdie in the previous seven holes.

Warren then dropped his first shot of the day after a wayward approach to the ninth and the gap was down to two when Dredge, whose last Tour win came in Switzerland in 2006, birdied the 11th.

Warren responded immediately with a birdie from six feet on the 12th, aided by seeing Dredge narrowly miss on the same line from further away, but Dredge was refusing to throw in towel.

The 41-year-old reduced the gap again with a birdie from four feet on the 13th and looked in prime position to get closer still on the next.

However, Warren holed from 50 feet across the green for an unlikely birdie - and looked somewhat embarrassed as the ball just toppled in the left side of the hole - and Dredge did well to hole from 10 feet to remain two behind.

Warren missed from just six feet for birdie on the par-three 16th, but then saw Dredge miss his par putt from even closer after recovering from a greenside bunker.

Dredge hit back with a birdie on the 17th to get within two shots once again, but found an awkward lie on the edge of a fairway bunker and was unable to apply any more pressure as Warren held on for the win. 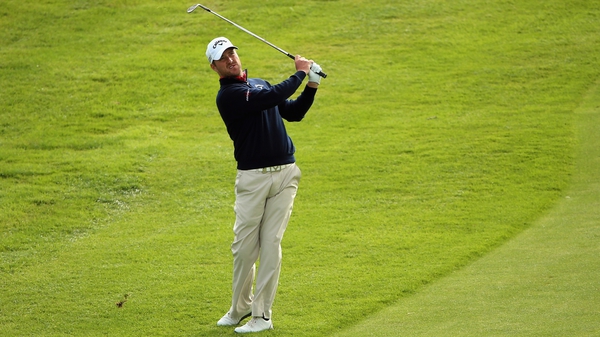