Scotland's Peter Whiteford will hope to turn his season around when he goes head to head with Englishman David Horsey in the final round of the Russian Open on Sunday.

The 33-year-old fired a six-under-par 66 in the third round at Tseleevo Golf and Polo Club to rein in Horsey, who signed for a 70, and at 13 under the pair are four shots clear of Scotland's Scott Jamieson (69), Italian Andrea Pavan (64) and Belgian Thomas Pieters (72).

Whiteford, who is 190th in The Race to Dubai having only made four cuts all season, had a brilliant front nine, notching five birdies and an eagle against one dropped shot, and then played the back nine in level par.

Damien McGrane was best placed of the Irish, on joint sixth after a third-round 69 left him on seven under.

Kevin Phelan's 74 moved him back to three under and Simon Thornton was level overall after a 73.

Whiteford, though, was the man of the moment.

"I had an amazing start," Whiteford told the European Tour website. "I holed a bunker shot on the first and then chipped in on the third. Dave chipped in as well - he stole some of my glory there! So I got off to a flyer and then the back nine I was just hanging on for dear life.

"The swing didn't feel great at all to be honest. I'm hoping I wake up tomorrow with a better swing. I had a lot of good luck today.

"Hopefully I haven't used up all my luck. The back nine was tougher today - the stretch from 10 to 13 is where you might slip up.

"I'm not confident at all but that front nine today helps massively and I'm glad Dave and I have put a bit of breathing space between us and the next guys. It might be a bit like match play on the front nine tomorrow."

Horsey, who had led by four shots after the second day, said: "Pete started like a train and I was just trying to tell myself to concentrate on my own game.

"It wasn't that easy out there today and I certainly didn't see a five or six under through nine holes. I just kept reminding myself to stay patient and concentrate on my own game, not what Pete was doing.

"I was disappointed not to birdie the eighth and then bogey the ninth - three under at the turn would have been nice. But then I birdied the 10th and 11th and tried to get back to the thought process that I've had the first two days.

"I didn't quite maintain it that well on the back nine but I kept myself in there and hopefully it will be a little better tomorrow." 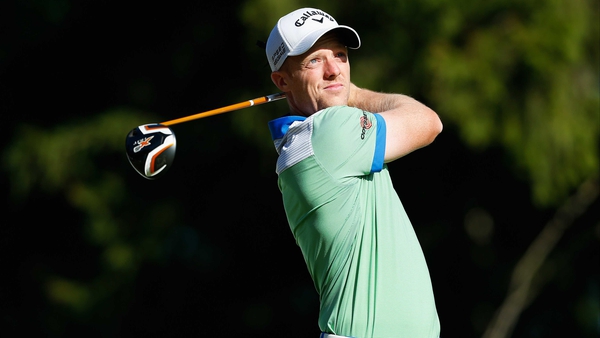