Antrim's Stephanie Meadow is just four shots off leaders Michelle Wie and Amy Yang going into the final round of the US Women's Open at Pinehurst.

On her professional debut, The Royal Portrush rising star has been hugely impressive and she moved into a four-way tie for third following the penultimate round.

Meadow, 22, recorded four birdies on the front nine and one on the back nine, but four bogeys pulled her back to card a one-under-par 69 and she sits two-over-par alongside Juli Inkster of America, Yang's compatriot Choi Na-yeon and Australian amateur Minjee Lee.

Michelle Wie suffered a difficult third round but managed to hold onto a share of the lead as Amy Yang moved to join her at the top of the leaderboard.

The 24-year-old American, still searching for her first major victory in 38 attempts, took an outright three-shot lead at the halfway stage but dropped five shots on Saturday with a double bogey, three bogeys and three birdies for a 72 total.

Yang of South Korea, who was joint third after Friday's round, recorded six birdies and four bogeys during the third round for a scored of 68 to sit at the top of the leaderboard on two under par alongside Wie.

Wie admitted she was delighted to remain in contention ahead of the final day and told usopen.com: "(I can take) a lot of positives heading into tomorrow.

"I feel my putting was good and I am grateful to be in contention. As an American I'm going to play with a lot of pride tomorrow."

While Australia's Lee hopes to keep her feet on the ground on Sunday as she said: "I've been in this position, but not in a big tournament like this, obviously.

"Yeah, I think it will be different and I'll just try my best." 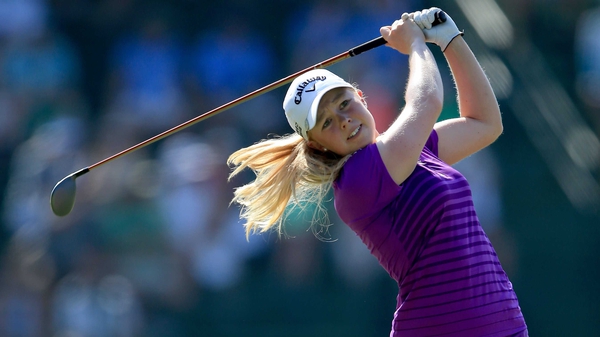 Meadow stars on pro debut at US Open