Phil Mickelson has vowed to take an aggressive approach in pursuit of a first US Open title at Pinehurst, which would make him just the sixth man in history to win all four major titles.

Mickelson completed the third leg of a career grand slam by winning the Open at Muirfield last year, but has already played 23 US Opens without tasting success.

The left-hander has finished second a record six times, including to Justin Rose at Merion 12 months ago and behind the late Payne Stewart at Pinehurst in 1999, but will attack in his inimitable fashion despite the challenges of a 7,562-yard long course protected further by "unfriendly" greens.

"The golf course here gives you a variety of options off the tee," said Mickelson, who will celebrate his 44th birthday on Monday. "There's really two or three clubs every single hole that you could choose to hit.

"When I first played it I thought I was going to hit a lot of hybrids and three woods. It's a long golf course. There are some tees that have been really moved back. The greens are so repellent that you need to get as close to them as possible.

"So I'll be hitting a lot of drivers. I'll be trying to play this golf course fairly aggressively. I also found that you do need a little bit of luck, but the waste areas are playable. You can at least advance the ball up by the green nine times out of 10, then rely on your short game.

"If you can get the ball closer to the green off the tee, and hit driver, I think it's worth it."

Masters champion Bubba Watson, who chose his words carefully when he described the greens as "unfriendly", has opted for a more conservative approach also favoured by defending champion Justin Rose.

Rose, who will partner Mickelson and US Amateur champion Matt Fitzpatrick in the first two rounds, said: "I don't think there's a premium on length because of the way the fairways are running.

"The way I saw the golf course is hitting a lot of shots about 270, 280, 290 off the tee. Everybody in the field is going to be able to hit it 270 to 290, given the roll. The longer hitters are going to have the ability to get the ball coming into the greens softly from the same areas so the guy who can hit a high, soft iron shot will probably have a big advantage.

"It's a little bit like Augusta in that you're playing to zones, rather than just going at the pins or trying to hit greens. So precision iron play is important and being able to control the ball once it lands is important to me." 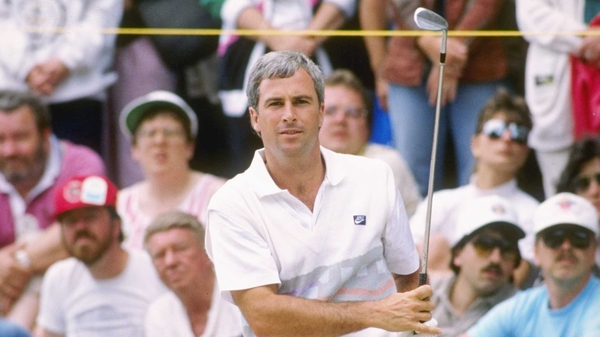 Curtis Strange at ease over US Open record