Six birdies in a row, two shy of the European Tour record, catapulted veteran Thomas Bjorn into a five-stroke lead after the BMW PGA Championship third round on Saturday.

After an overnight downpour delayed the start of play by three hours, it was raining birdies for the 43-year-old Dane as he left a world-class field trailing in his wake with a dynamic five-under-par 67 at the tour's flagship event.

The performance was all the more laudable after he began his round with an ugly double-bogey six at the first caused by a hooked drive. 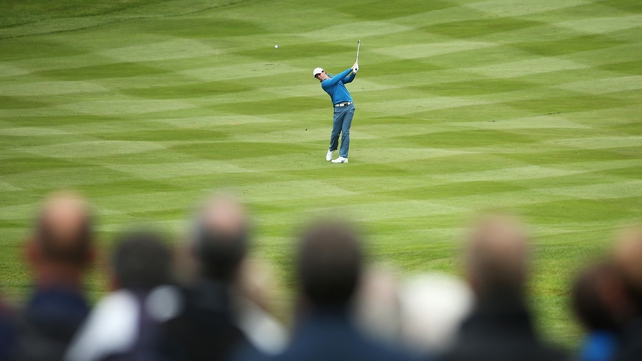 Simon Thornton is one under par, Padraig Harrington finished three over par, with Damien McGrane one shot further back.