Argentine youngster Emiliano Grillo has produced his lowest score on the European Tour, a nine-under-par 62 earning a two-shot lead after the third round of the Africa Open.

The 21-year-old, second at the Dubai Desert Classic a fortnight ago, carried on his good form by reeling off nine birdies to finish on 20-under 193, two ahead of Briton Oliver Fisher (66) at the East London Golf Club.

Damien McGrane carded a fine third round of 67 to end the day ten strokes off the pace, and Michael Hoey’s third-round 70 left him three strokes further back, on seven under par.

Richard Bland (64) of Britain, seeking a first tour win at the 319th attempt, was in joint third position overall, four strokes shots behind Grillo along with South African Thomas Aiken (66) and overnight leader John Hahn of the US (71).

Birdies at the third, fourth, sixth, seventh and eighth took Grillo to the turn in 31 and he also picked up strokes on the 12th, 13th, 15th and 16th as he recorded the best round of the day. 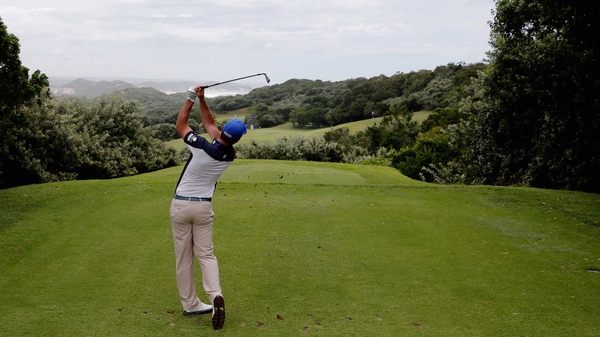