Padraig Harrington birdied two of his first three holes at the first round of the Northern Trust Open in California but struggled from there and finished with a four-over-par 75.

The Dubliner is nine strokes behind leader Dustin Johnson.

Darren Clarke was seven over after a 78 but withdrew from the tournament with a recurrence of a chest muscle injury.

Johnson seized the first-round lead after an impressive 66 gave him a slender advantage.

At the Riviera Country Club in Pacific Palisades, the 29-year-old American was five under after ten holes but dropped a shot on the fourth, his 13th, before regaining it on the penultimate hole.

That was enough to give him a one-shot lead over a group of 11 players all on four under, including Johnson's fellow Americans Jimmy Walker, Robert Garrigus and Scott Stallings, Italy's European Ryder Cup star Francesco Molinari and Australian Matt Jones.

Walker and Johnson bring form to the tournament, having finished first and second last week at the AT&T Pebble Beach National Pro-Am.

Leader Johnson said: "I've been playing pretty good all year, so the game's right where I want it to be.

"Coming off a good week last week, I'm definitely feeling good coming in this week and then obviously getting off to a great start. Any score under par out here is a pretty solid round. It's a tough course, but it's right in front of you, so it's just a golf course that I really like."

"I've been playing pretty good all year, so the game's right where I want it to be" - Dustin Johnson

Leading European Molinari said of his round: "It was all pretty good. I had a good start and I like the way the golf course is playing. I'm pretty good usually at keeping the ball in position and made a few nice putts. So (it was a) very good start to the tournament."

American veteran Jim Furyk was a further shot back after firing a 68, joined on that mark by compatriots Keegan Bradley and Rickie Fowler.

Ian Poulter had a disappointing day as he shot a one-over-par 72. 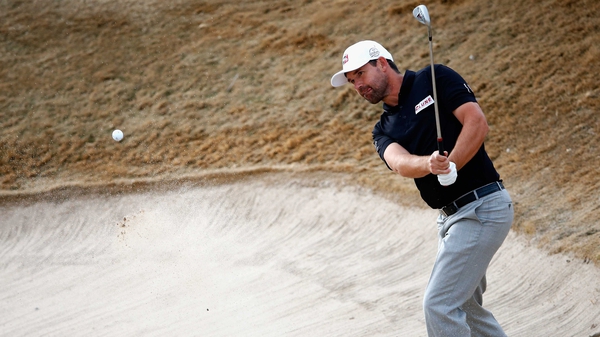 Padraig Harrington misses out in Phoenix