South African pair Thomas Aiken and Justin Walters moved top of the leaderboard after the third round of the Joburg Open at Royal Johannesburg & Kensington Golf Club.

Aiken shot a nine-under-par 63 with ten birdies and just one bogey, while Walters recorded a 64 - including an eagle on the 18th hole - as both players moved 17 under to hold a two-shot lead ahead of South Korea's Jin Jeong.

Walters was pleased to put himself in a strong position ahead of Sunday's fourth round, and told www.europeantour.com: "I hit the ball so well today.

"Going into the day I just wanted to move forward a little bit, because my last attempt from this position I went quite backwards. I was aware of that and I made a strong effort to be aggressive today.

"I've got one more round tomorrow and I'm so happy that I've put myself into a strong position. I'm super excited for tomorrow, because it's what we play for.

"Tomorrow is certainly a good opportunity, and I will be nervous, but hopefully I can improve on my record in South Africa."

Three places at the Open Championship are up for grabs, along with a first prize of £170,000.

Former Ryder Cup player Edoardo Molinari and Scotland's Craig Lee, who were leading at the halfway stage, slipped down the leaderboard ahead of the final day's play.

Italian Molinari sits six shots off the lead following a third-round 72 in South Africa, suffering with bogeys on the second and third holes, and again on the 15th and 16th to sit eighth in the standings.

But Lee dropped further away from the leading pack, two more shots back in a 12-way tie for 18th - alongside England's Ross Fisher - after shooting 74 as he doubled bogeyed the 12th hole as well as hitting three birdies and three bogeys.

In seventh, England's David Horsey remains in contention after enjoying a two-under-par 70 with three birdies and one bogey on the front nine, while compatriot Anthony Wall sits just two shots further back on ten under. 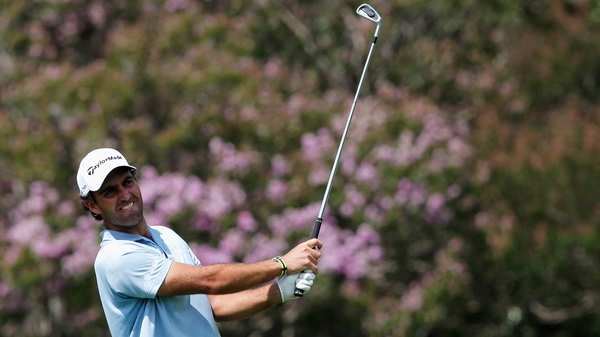