England's Daniel Brooks finished a rain-affected day three of the Nelson Mandela Championship at the top of the leaderboard after play was suspended due to bad light.

Brooks was through 11 holes and was on 12-under-par when play was halted at 6.45pm local time in Durban, South Africa.

However, the story of the day was Spain's Jorge Campillo and South African Colin Nel becoming the first players to card 59s on the European Tour – but their efforts will not go into the record books.

Campillo, yet to win a tour event, fired seven birdies and two eagles in a faultless round but both scores were achieved after using preferred lies following heavy downpours which left the course waterlogged.

As a result, the round will not be entered into the record books.

Brooks, who had to return to qualifying school last month after a disappointing rookie campaign in 2013, was a shot clear of early leader Campillo when play was suspended.

Tournament organisers chose to reduce the event to 54 holes in the morning due to the weather conditions, with Campillo taking advantage of the preferred lies to card a sub-60 score and move joint top of the overall leaderboard with England's Matthew Baldwin early on day two.

At the end of day three, Campillo was tied for second with Baldwin on 11 under par, while Nel was down in a nine-way tie for 27th place.

Oliver Bekker, Branden Grace and Dawie van der Walt ended the day two strokes off the leader, with the latter set to finish the last five holes in the morning.

Ireland’s Michael Hoey is in a tie for tenth on six under par, six off the lead while David Higgins is seven off the lead on five under, after ten holes of his second round.

Campillo fired eagles on the fourth and 12th holes along with seven birdies in his flawless round while Nel also eagled the 12th in a round which also saw him card nine birdies.

The European Tour confirmed, however, that the two 59s would not count as official records because they were achieved using preferred lies and from a reduced par.

The early finish on Friday means the players who are still to finish their second round will resume at 6am on Saturday, before the third and final round begins after 9:15am local time. 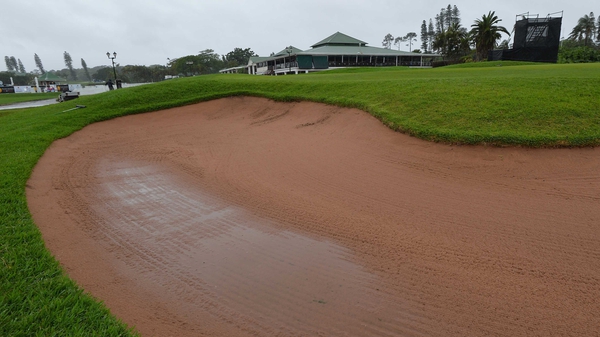