The 29-year-old went into the final round with a seven-point advantage and a final-round 69 earned him seven points for an overall score of 44.

That earned him victory in the $3million tournament - the only one on the PGA Tour to use a Modified Stableford format which allocates points based on the number of strokes taken at each hole.

Padraig Harrington had a poor weekend, failing to make the cut.

Eight points are awarded for an albatross, five for an eagle, two for a birdie, zero for a par, minus one for a bogey and minus three for a double bogey or worse.

Woodland started slowly with a single birdie and 12 pars over his first 13 holes - but three birdies in the final five holes made sure he won with plenty to spare.

The round of the day came from fellow American Jonathan Byrd, who produced 18 points from a round containing an eagle, seven birdies and just one bogey.

It earned him a share of second place with Argentina's Andres Romero, whose closing round yielded five birdies and two eagles. 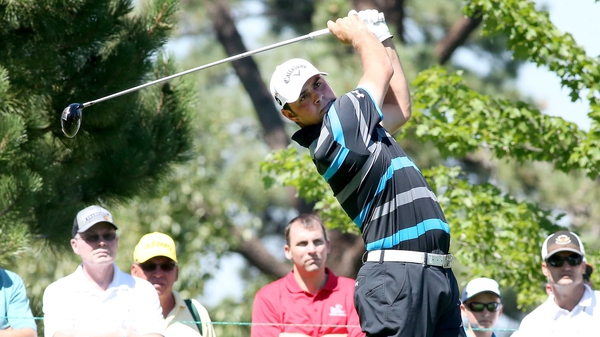