Matteo Manassero is the half-way leader at the Nordea Masters after a round of 65 left him on 13 under par - two clear of Mikka Ilonen.

The latter matched Peter Whiteford's round of 63, with the Scot Whiteford in third place on 10 under.

Damien McGrane is the best of the Irish on four under after a round of 67, with Alan Dunbar on shot further back after his 69.

Peter Lawrie missed the cut by a stroke, despite a second round of 67.

Italian Manassero landed the fourth title of his blossoming career on Sunday when he won the BMW PGA Championship at Wentworth, and there has been no holding him back in Sweden so far.

He reached the turn in a healthy two under par but five birdies on the back nine saw him hit the front.

Whiteford, 32, has never won on the European Tour but he had an impressive second place at the recent Ballantine's Championship in South Korea, where he lost out in a play-off to Australian Brett Rumford but nevertheless collected his biggest career pay cheque of almost £165,000.

He finished off in style today, pitching in for an eagle at the 622-yard par-five 15th which he followed up with birdies all the way home.

Dutchman Joost Luiten reached nine under after a 67.

Swedish players Jonas Blixt and Alexander Noren were flying the flag for the hosts. Blixt signed for a 66 and Noren a 69 as they reached eight-under 136, one ahead of compatriot Rikard Karlberg, Italian Francesco Molinari, Denmark's Thomas Bjorn, and Welshman Jamie Donaldson.

The first-round co-leader, Spaniard Pablo Larrazabal, recovered from a triple-bogey six at the short 11th hole, with four birdies thereafter repairing the damage and giving him a round of 70. It was not ideal, given the conditions, but enough to move him alongside Blixt and Noren on eight under.

With the cut at two under par, England's Paul Casey squeezed through on that mark and so did Australian Andrew Dodt, in extraordinary fashion. 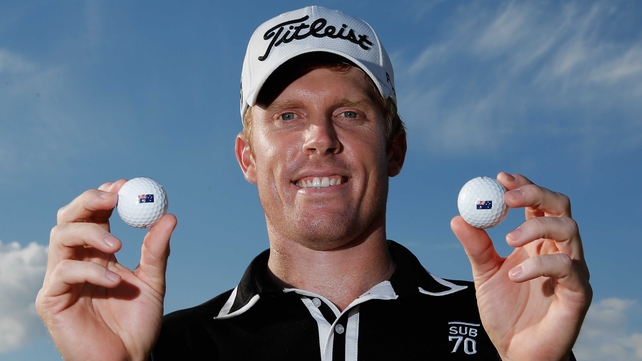 Dodt made two holes-in-one in his round, the first player to achieve that feat on the European Tour, as he went straight from tee to cup on the seventh and 11th holes in a round of 65, after yesterday's 77.

England's Simon Khan also had to contend with a weekend off. Last week he tied for second at Wentworth, but rounds of 71 and 73 left him with unwelcome time on his hands.