Matt Kuchar derailed Hunter Mahan's bid to win back-to-back titles at the WGC-Accenture Match Play Championship with a 2&1 victory over his fellow American in the final on Sunday.

Four up after nine holes on a chilly afternoon of biting winds at Dove Mountain, Kuchar fended off a late Mahan fightback before sealing the win at the par-four 17th where his opponent took four shots to reach the green.

It was Kuchar's fifth triumph on the PGA Tour and his first success in one of the elite World Golf Championships (WGC) events which bring together the game's leading players.

Mahan, who had not trailed in any of his five previous matches this week, never recovered after going three down with a run of four consecutive bogeys from the par-three third. 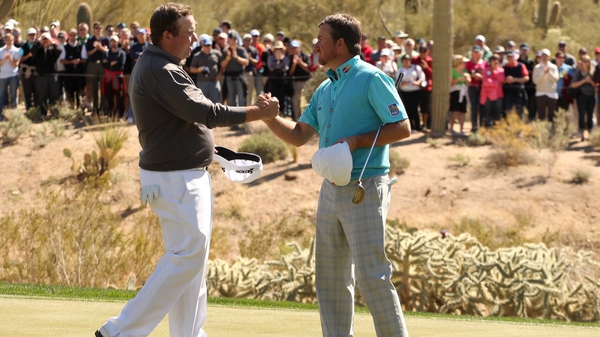