Augusta National served up another thriller - and it ended with American Bubba Watson pulling off the fifth win by a left-hander in the last 10 Masters.

The big-hitting 33-year-old stopped Louis Oosthuizen from becoming the third South African to don a green jacket in the last five years thanks to victory on the second play-off hole.

Padraig Harrington was in contention throughout but had to settle for a share of eighth place after a final hole double bogey. Graeme McDowell was tied for 12th on two under, while Rory McIlroy finished on five over.

With England's Lee Westwood a nearly man again, Oosthuizen, the runaway winner of The Open at St Andrews two years ago, and Watson, who lost a play-off for the USPGA title to Martin Kaymer a month after that, tied on the 10 under par total of 278.

Watson had missed a 22-footer on the final green and then failed with a nine-footer when they returned to the 18th.

They then switched to the downhill 10th. Oosthuizen bogeyed and Watson, despite hitting into trouble with his distinctive pink driver, conjured up a superb hook onto the green and two-putted for victory.

He becomes the 14th different winner of the last 14 majors and the eighth in a row who had never won one before. Seven was already a record.

Both had missed birdie putts on the last, but what came before was simply stunning.

After the drama of Rory McIlroy's closing 80 last year this year's final round included the first-ever albatross two on the 575-yard second hole.

That would have been memorable if it had been from the tournament back-marker, but Oosthuizen's 253-yard four-iron took him into the lead.

With a roar that matched any heard in the great days of Jack Nicklaus on the course, the noise level went up and up as the ball curled round from the front of the green and then dropped in to take him from seven under par to 10 under at a stroke.

Overnight leader Peter Hanson could hear it from the first green and bogeyed to suddenly find himself two behind.

Three-time winner Phil Mickelson - another left-hander, of course - was joint second at that point, but then gave himself a real mountain to climb with a nightmare six - his second triple bogey of the week - on the short fourth.

Nobody has ever won a green jacket with one triple bogey on his card and Mickelson could not change that.

Westwood birdied the last, but a 68 for eight under left him joint third with Hanson, Mickelson and another American, Matt Kuchar.

It was Westwood's sixth top three finish in his last 10 majors, but still he has not won one in 56 attempts.

Mickelson had crashed from one behind to four back on the third after hitting the grandstand on the left with his tee shot and rebounding into the undergrowth.

Rejecting the idea of going back to the tee, he then had two right-handed hacks and found a bunker.

Getting up and down from there at least limited the damage to three dropped shots, but after seven holes Mickelson was still searching for his first birdie of the day.

Oosthuizen had bogeyed the same hole and parred his way to the turn, but then failed to get up and down from a greenside bunker at the 10th and so the tension mounted.

He birdied the long 13th, but was joined on nine under when Kuchar eagled the 15th from only three.

Kuchar followed that with a bogey, though, and instead, even with Oosthuizen adding another birdie at the 15th, it was playing Watson who became joint leader after four successive birdies from the 13th.

Ian Poulter and Harrington gave themselves a chance too, but it was effectively over for them before Poulter three-putted the last for seventh place and Harrington double-bogeyed it to be joint eighth with Justin Rose and Adam Scott, who like Bo Van Pelt holed-in-one off the 16th.

As for pre-tournament favourite Tiger Woods, he finished on five over in a tie for 40th.

For Woods that meant a worst finish in the event as a professional and it was easy to identify what went wrong in terms of his scoring.

The four-time winner had been 133 under par for the par fives in his career at the event, but played them - 16 in all - in only one under this week.

He said: "I didn't play the par fives at all and it was an off week at the wrong time.

"I didn't drive very good and didn't hit my irons very good. I've got to go and do some work and be ready for the next one."

McIlroy, who crashed to a closing 80 last year from four clear, had a sorry 77-76 finish after reaching halfway only one off the lead and so has still to record a top 10 finish in four Masters so far.

He did not even have the compensation of reclaiming the world number one spot.

With Westwood just missing out Luke Donald extends his second reign at the top after a 68 for three over.

But after not finishing in the top 30, it still represented a disappointing week for him too. 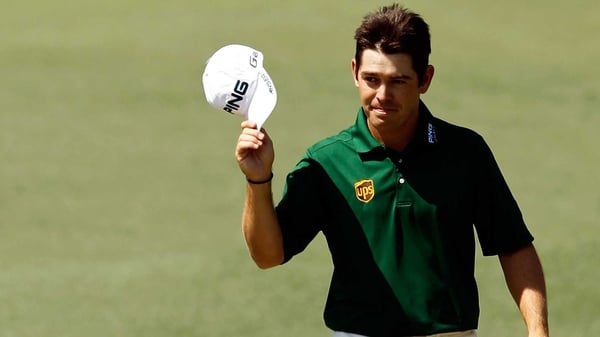