Denmark's Thorbjorn Olesen underlined his status as one of the European Tour's hottest young prospects by landing his maiden victory at the Sicilian Open on Sunday.

The 22-year-old needed a par four at the final hole and after safely finding the green in regulation he took two putts from 30 feet to clinch the first prize of €166,660 at the Verdura Golf and Spa Resort.

Two shots further back on 276 in a tie for third place were Dane Soren Kjeldsen (68) and Belgian Nicolas Colsaerts (69).

"I'm still in shock," Olesen told Sky Sports. "I struggled early on with a bogey at the first but I'm really happy now.

"This means so much to me. My goal is to go all the way in this game.

"It will be tough because there are a lot of good players out here but this win is a big step in the right direction."

Shane Lowry threw down a strong challenge, moving to a share of the lead at one point during his final round of 67.

Seven under after a blemish-free first 16 holes, Lowry bogeyed each of the last two, taking some of the gloss off an otherwise brilliant final round. He finished the tournament in a share of sixth place on 10 under par.

Gareth Maybin shot a final-round 69 to move up to joint-eleventh on eight under, while a triple bogey at the 14th contributed to Peter Lawrie's final round 73 and a share of 19th spot on seven under. 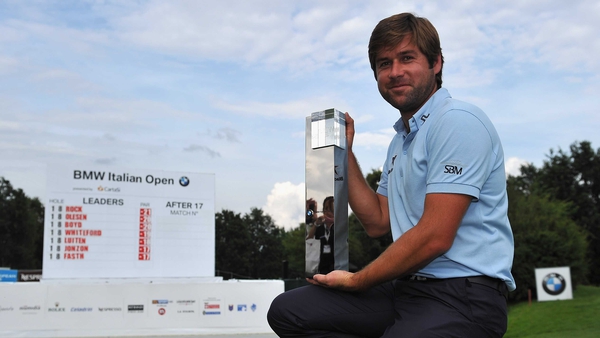