Kerry's win over an experimental Antrim meant that Carlow's win counted for nothing and the Munster and Ulster men will now contest the final.

The win for the visitors merited a bigger reward as they had been the better side by a distance on the day and pulled away from the Faithful with the wind on their backs in the second half.

A draw would have been enough for Offaly to have made the final but they never got going on the day, giving a strangely subdued and lethargic display. Their intensity levels were never where they needed to be and they can absolutely have no complaints at their defeat. Carlow would have went through if Antrim had got a draw or win against Kerry.

While the result was a shock, it was not a big surprise to those who have followed Offaly throughout the Joe McDonagh Cup campaign. After losing to Antrim in their first game, they did what they had to do by winning their next three against Meath, Down and Kerry but they had been blowing very hot and cold and it was clear that they were very vulnerable.

And so it proved on the day here.

Playing with the wind in the first half, Offaly never really hit top gear and were posed plenty of questions by Carlow – particularly visiting forward Chris Nolan who got four fine points from play in that opening half.

Offaly led by 0-10 to 0-08 at half time and while they just about deserved that, they had loads of work to do.

Carlow settled quicker and led by 0-03 to 0-01 after five minutes. Offaly levelled it up with two Eoghan Cahill frees but Carlow then upped it and two Nolan points along with on from Conor Kehoe saw them lead by double scores, 0-06 to 0-03 after 14 minutes.

Offaly responded well and got their noses in front, 0-07 to 0-06 after 23 minutes – Cahill got three of them, two from frees and goalie Stephen Corcoran fired over a huge free. It was nip and tuck from here to the interval. Martin Kavanagh levelled it up for Carlow but Offaly got two clear on two occaions before the half time whistle.

The wind picked up in Carlow's favour in the second half and they soon had Offaly on the ropes. It was 0-11 each after 41 minutes but Offaly recovered to lead by 0-13 to 0-11 and then 0-14 to 0-13. From here on, Carlow were the better side and Offaly found they had nothing in the tank. Man of the match Chris Nolan got another point, followed by two Martin Kavanagh frees to give Carlow a 0-16 to 0-14 lead after 55 minutes.

A David Nally sideline got it back to the minimum but Carlow went three clear as it went into the last ten minutes. Eoghan Cahill made it a three point game but Kevin McDonald, who had an excellent second half, and Kavanagh (free) pointed to put Carlow four in front with six minutes left.

A Cahill free got Offaly to within a score but Carlow finished well and McDonald and Conor Kehoe got late points for a convincing win that ultimately was in vein.

Elsewhere it was relegation for Meath after they lost out 2-28 to 2-19 against Down in Ballycran. The Royal County ending their campaign on nine points.

The Mournemen were ahead by a point at the break - 2-11 to 0-16 - but could not sustain that effort thereafter and will now play Christy Ring Cup hurling in 2023. 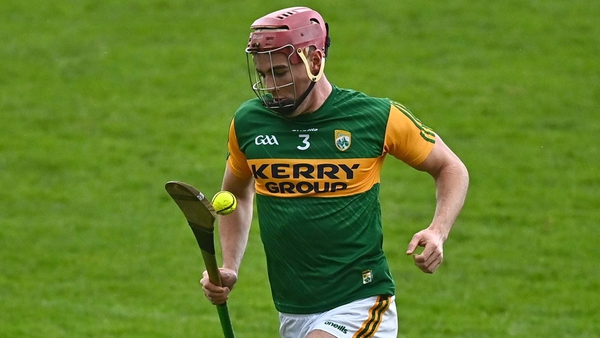