Colm O'Rourke looks ahead to the weekend's Tailteann Cup action, with two preliminary round matches down for decision.

I hope the competition is a big success. All these players deserve recognition and the idea that they will play the semi-finals and final in Croke Park on live television is a huge boost to it.

These are two teams out of the bottom tiers. Wicklow were relegated from Division 3 to Division 4 and Waterford only got one point from seven games in the league. Again, it does appear as if Wicklow will have the big advantage here.

They played each other already in the championship only a month ago when Wexford won by three points and Ben Brosnan was the star, scoring 1-05. I think it'll be the reverse of that this time because Offaly were badly hit by injuries at the time. They are a team who could progress.

Wexford got a real mauling from Dublin. Shane Roche will have a job to resurrect them after that. I'll go for Offaly in this one. 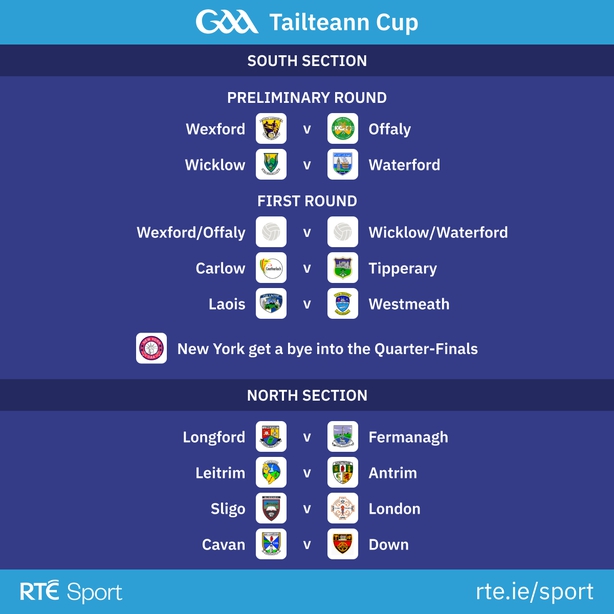