Players from 15 of the 17 counties that are set to compete in the inaugural Tailteann Cup were present at Croke Park on Monday afternoon as further details of the competition's promotional push were revealed.

New York and London representatives aside, every team was on hand – some by players yet to play at the Dublin venue - as GAA president Larry McCarthy confirmed that there will be an All-Star team selected from the new senior football tournament at the end of the season.

Details of the All-Star team, such as its official name, are yet to be decided, but organisers are confident that it will add extra motivation for those competing to fully embrace it.

It had already been confirmed that RTÉ would be covering the semi-finals and finals, and further to that GAAGO will stream a preliminary round game, a round one game and two quarter-finals with those matches available to both the domestic and international market.

Highlights will also feature on The Sunday Game and on TG4 on a Monday night.

The GAA’s in-house promotion will also include a Team of the Week, in-game digital clips from televised games and a Monday round-up package.

How the tournament has been marketed has long been held up as one of the key deciding factors in whether or not this tier-two competition will be accepted, and McCarthy is confident that it will take off.

"This is an historic day for the Association," he said.

"It is rare that the GAA announces new competitions at inter-county level but that's precisely what we’re doing today here at Croke Park in the company of some of the players who will be competing in it.

GAA President Larry McCarthy has high hopes for the Tailteann Cup and believes that the local rivalry factor will give it an edge. #RTEGAA pic.twitter.com/M4Stu6QkOT

"The sole motivation for the establishment of the Tailteann Cup is to provide counties with meaningful games against teams of a similar standard and I believe the benefits of this will become apparent in the weeks and years ahead and replicate the success of our tiers in senior hurling and in the club championships.

"We will promote the Tailteann Cup in tandem with the Sam Maguire Championship and we will work with our players, managers and supporters to make it the success that we believe it can be."

Competing teams were assigned to northern and southern sections in advance of the draw, which was made by the GAA president.

In the northern section, 2020 Ulster SFC champions Cavan will face Down, Longford host Fermanagh, Leitrim will be at home to Antrim while London face an overseas trip to play Sligo.

In the southern section, Wexford face Offaly and Wicklow host Waterford in the preliminary round matches, which will be played this weekend. The winners of those games will then meet each other in the first round.

Elsewhere in the southern first round, Carlow received a home game against Tipperary while Laois will be at home to Westmeath.

New York have received a bye into the quarter-finals. 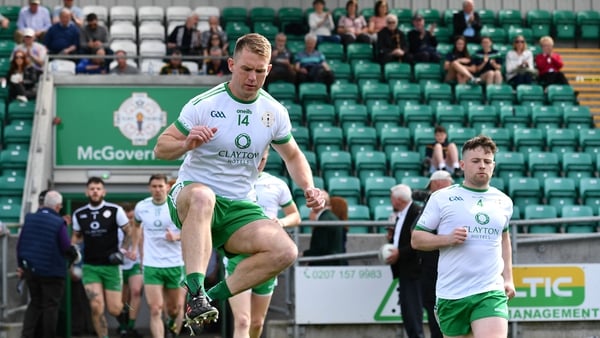 Ready for launch: Tailteann Cup teams prepare amid some uncertainty