Limerick manager Billy Lee said the five players he wanted to take penalties were the exact five who put up their hands to take one when the team were asked who wanted to volunteer.

The Treaty men made history by beating Clare in the first-ever penalty shootout in a senior football championship game, and they will now advance to face Tipperary in the Munster semi-final.

Iain Corbett, Robbie Bourke, Brian Donovan and James Naughton all scored their spot-kicks to send Limerick through, while Peter Nash was the fifth designated kicker who was not required after Clare missed two of their three kicks.

The quintet were the names Lee had jotted down after extra-time finished all square at a darkening Cusack Park.

"We put them in order and loaded it at the front to make sure we had our strongest takers first, to get a bit of momentum, and the lads did the rest," said Lee, who has seen great improvement in his team since their last meetings with their neighbours.

"The last two times we came up against Clare in '17 and '18 we weren't able to compete with them. We lost by a point here, I know that, but they were kind of in control of that game and in '18 they blew us off the field.

"The lads have worked really hard over the last few years to come down and take on a seasoned team like Clare," added the phlegmatic Lee.

"We mustn't get away from the fact Clare were missing a couple of key players. It's great and it is going to give us further belief as we face into the rest of the year."

Billy Lee loves it when a plan comes together

'The extra-time finished and I picked out five lads and we went into a huddle and someone said 'let lads put up their hands [to take one]' and as it turns out the five I picked were the five who put up their hands' #rtegaa pic.twitter.com/F0dNdKOq5K 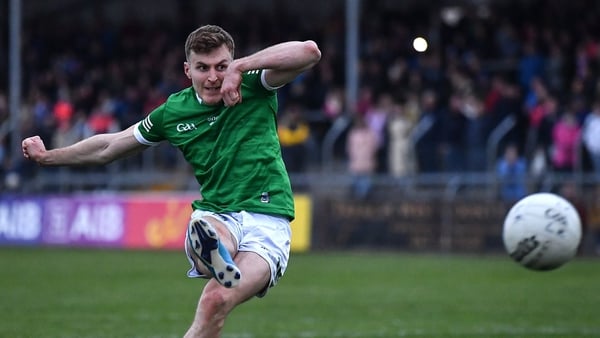