Former Dublin footballer Barry Cahill feels Mayo will still be "there or thereabouts" when it comes to the business end of this year's All-Ireland Championship despite falling just short to provincial rivals Galway in the Connacht quarter-final on Sunday.

James Horan's side lost 1-14 to 0-16 in Castlebar but speaking on RTÉ's Game On, Cahill feels the Mayo manager will not be overly perturbed with the longer term in sight as they turn their attentions to the qualifiers.

"Their performance was very patchy. They certainly weren't firing and it wasn't the Mayo team that we've seen from a couple of years ago but I wouldn't be overly concerned," he said.

"They were missing guys from injury, Cillian O'Connor got a full game under his belt which will be a benefit for them and Oisin Mullin had to go off injured.

"I'd still be relatively confident that Mayo will be there or thereabouts in the latter stages of the championship."

And Cahill expects Galway to take huge confidence from the victory going forward as they try to raise their level.

"I think the victory was more important from a Galway perspective," he said.

"For Pádraic Joyce and his players, it was very much a significant win, beating a Mayo team who have been All-Ireland contenders, beating them in Castlebar and I think there's more to come out of this Galway team now they've got this type of victory under their belt."

Meanwhile, Cahill believes the manner in which Donegal overcame Armagh in the Ulster quarter-final puts them back in the wider conversation as potential challengers for the All-Ireland.

"Yesterday's result and performance really puts them back into the All-Ireland race," he said.

"I was very impressed with their performance, particularly the guys there like Michael Murphy, Ryan McHugh and Paddy McBrearty (who) all came to the fore and I think that win is really going to give them a boost and a lot of confidence going into the Ulster semi-final against Cavan.

"They'll be looking for revenge for the Ulster final defeat from two years ago so the pathway towards an All-Ireland series has certainly opened up a little bit. But, really, yesterday was a significant win for that group."

Watch Tyrone v Derry in the Ulster Football Championship on RTÉ2 and RTÉ Player on Sunday from 1.15pm with live blog on all games RTE.ie/Sport and RTÉ News app 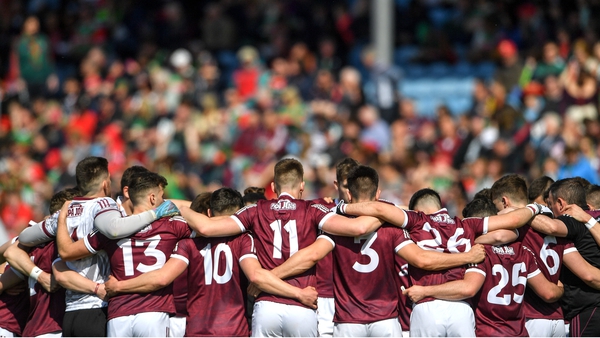