GAA President Larry McCarthy believes that New York have the capability of being competitive when they enter the Tailteann Cup later this year – with the American side now faced with the very real prospect of facing a side from outside Connacht.

McCarthy, who was secretary of New York GAA for six years and chairman for a further three, was back in the Bronx on Sunday night as Johnny McGeeney's side gave Sligo a massive fright before falling by four points.

Unlike previous seasons when they wouldn’t be involved in the qualifiers, New York will partake in the Tailteann Cup with the side receiving a bye to the quarter-finals.

Speaking to RTÉ, McCarthy said that prospect of a second chance would inspire further efforts.

"It [New York football] absolutely has its place in the championship, it really has.

"The Tailteann Cup is probably where we’ll end up and that’s the beauty, we’re now going to get a second shot and prior to this we wouldn’t."

McCarthy said that their close-run affair with New York was further proof that they will someday soon be involved in provincial semi-final.

"We’ve been striving for 20 years to win one of these Connacht Championship matches and again we came so close again today.

"The glory of it, because of the Tailteann Cup, we’ve another day out. Normally this would be the end of it for us. This year we have another chance, another opportunity, and surely on the basis of today’s performance New York will catch somebody." 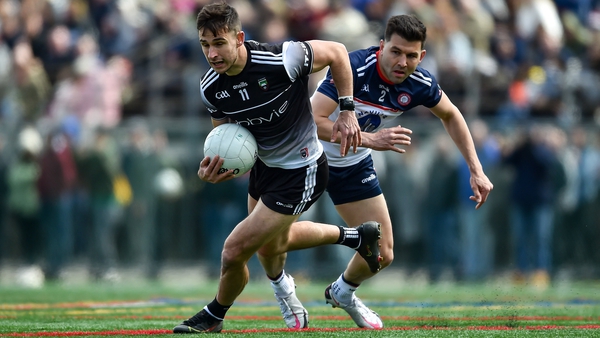