So much for a condensed football championship then when you take a closer look at the fixture list for 2022.

In order to lift Sam Maguire, a team will play either five or six games across a 13-14 week period.

Not too taxing, you would have to say.

The provincial finals are down for the weekend of 28/29 May, with the winners progressing to the All-Ireland quarter-finals on the weekend of 25/26 June. That's a four-week break before a potentially tricky last-eight tie against opposition who may have gained some momentum by winning both qualifier games.

Speaking on the latest edition of the RTÉ GAA podcast, Éamonn Fitzmaurice is unsure how such long gaps could affect Kerry, if, as expected, they retain their Munster crown.

The Kingdom open up against Cork at Fitzgerald Stadium (or maybe Páirc Uí Rinn) on 7 May.

Fitzmaurice, who managed his county from 2012 to 2018, referenced that sense of déjà vu when talking about Kerry after another fine league campaign, and a big challenge that could lie ahead.

"Kerry are in a good place after the league, but the question mark that we all have is that they have been in this exact same position in the last two years," he said.

"At the end of the league they've been quite happy with where they're at but it hasn't worked out further down the road."

On the likely scheduling of games, Fitzmaurice added: "They have five weeks from the league final to the Cork game and then another three weeks to a Munster final if they get there. If they win that they have four more weeks to an All-Ireland quarter-final, which, in a condensed year, is very unusual."

"I'm not sure if it's a benefit to them or it's something that could harm their chances? The four weeks to an All-Ireland quarter-final is a long enough gap to fill if you get there. There is no club activity, so there isn't a lot going on."

In last year's championship, Kerry, owing to issues in the Tyrone camp with Covid, had to wait five weeks before playing their All-Ireland semi-final against the Red Hand. The fixture was twice postponed, with the Ulster champions coming out on top by the bare minimum when the sides met on 28 August.

You couldn't say that the 34-day wait from the Munster final had a huge bearing on that loss, with Peter Keane's side missing a few guilt-edged chances to put some distance between them and their opponents. 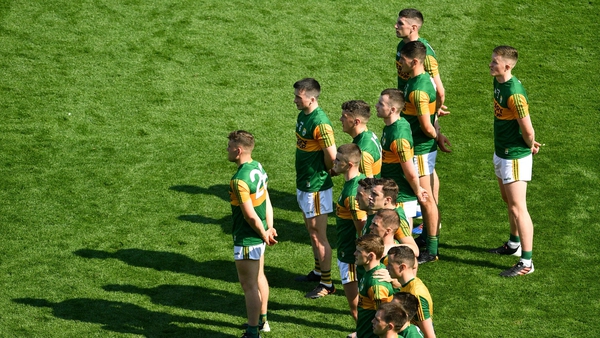