Tyrone stepped up the intensity in the second half to get the better of holders Down at Loughmacrory and set up an Ulster U20 Football Championship semi-final clash with Donegal.

The Red Hands trailed by five points at one stage, but found their fluency to take control with Ruairi Canavan and Conor Cush picking off the vital scores.

Down, fresh from their preliminary round victory over Fermanagh, pressed while playing into the wind, with early scores from Ryan Mackey and Odhran Murdock giving them a positive start.

And they struck for a goal in the 11th minute, midfielder Oran Cunningham getting the better of three defenders to cross for Adam Crimmins to punch home.

Tyrone got themselves into the game with scores from Ruairi Canaan and Ciaran Daly, and went level in the 25th minute when Canavan won a penalty that Luke Donnelly netted via a post.

The Mourne men came close to a second goal straight from the kick-out, but Crimmins was denied by Stephen McMenamin.

Goalkeeper Ryan Murdock converted the resultant '45, and a long-range free, to send his side in with a 1-06 to 1-05 interval lead.

Conor Bogue gave the home side the lead for the first time five minutes into the second half as they pressed high and picked off four scores on the bounce.

Down managed just two points in the entire second period, coming second best in the battle for loose possession around the middle.

They did have a golden chance for a second goal, but Sean Og McCusker slipped at the crucial moment as he was about to connect with Aaron Murdock’s cross.

And Tyrone pressed home the advantage, with three late Canavan points and a delightful third from Conor Cush.

In Friday night's other quarter-finals, Donegal eased past Armagh, Cavan were far too strong for Monaghan and Derry progressed after a fright from Antrim. 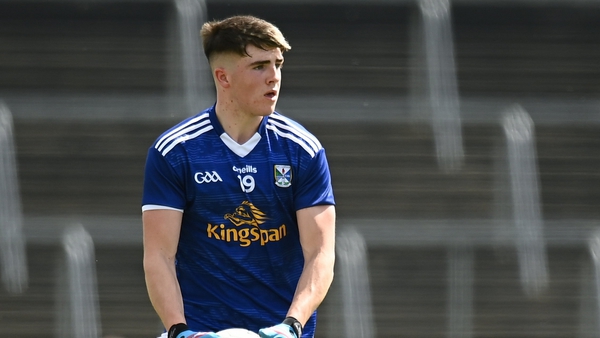