Dungannon Clarkes attacker Paul Donaghy has become the latest player to exit the Tyrone squad as they continue preparations for their Ulster Championship clash with Fermanagh.

The All-Ireland champions travel to Brewster Park to face the Erne County on 16 April, and Donaghy is just one of a number of players who will no longer be present from last year's Sam Maguire winning squad, reports the Belfast Telegraph.

Donaghy memorably scored ten points on his Tyrone debut in May 2021, a National League loss to Donegal, and he came off the bench in the All-Ireland final win over Mayo last September.

The player started in the win over Kildare and the loss to Donegal in this year's league as well as making a further three substitute appearances. 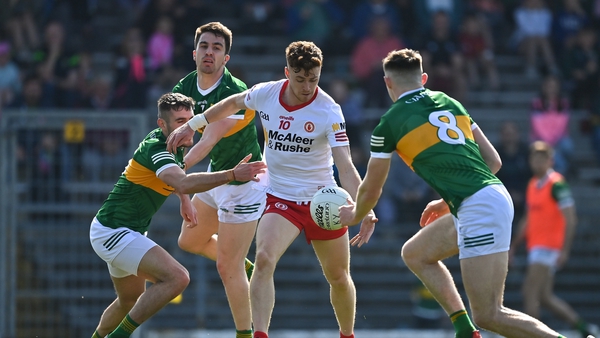