Tipperary attacker Seamus Callanan has confirmed that he is likely to miss the opening two rounds of the Munster SHC, against Waterford and Clare.

The three-time All-Ireland winner sustained a broken bone in his hand at training on the Friday before the league clash with Waterford on 6 March.

Callanan made his first start of the season in the defeat to Dublin in round three of the league and was named among the subs for the encounter against the Déise at Walsh Park.

Speaking at the launch of oneills.com's sponsorship of the U-20 hurling championship, the 33-year-old said the provincial round-robin games against Waterford on 17 April and Clare a week later will come too early for him, but he's hopeful of featuring in the ties with Limerick and Cork on 8 May and 22 May respectively.

"Unfortunately I'd say the first few rounds are probably out for me," he revealed.

"There's a couple of wires in it there, they need to be in it for a six-week period and then hopefully get back at it. So at the moment it's just running and trying to keep as ready as I can be. But obviously, I can't do much more than that at the moment.

"I won't know much more until I'm meeting the specialist again on Monday. I can't see it being a case of them being able to take out the wires early but at the moment it's not looking good for the first two games. Look let's see, I'll keep my body ready anyway and hopefully be fit to contribute at some stage."

The Drom-Inch clubman, while obviously frustrated at the timing of his latest injury, is putting a positive spin on things.

"It's sport, it's contact sport, injuries happen, and I suppose in the broader scheme of things it could have been a lot worse.

"That's just the way it is. I suppose ideally you want a full run of fitness and you want to get your hard work in through the pre-season and all that. To be fair my back has been holding up well. Colm (Bonnar) gave me an extra bit of time over the winter to concentrate on that. I just needed a bit of game time throughout the league, which unfortunately I haven't been able to get now. But look all I can do is concentrate on what I can control really at the moment."

In terms of All-Ireland contenders, not many are speaking about Tipp. Callanan is happy enough to ignore the speculation, believing that the blend is right within the Premier squad to give things a good rattle in the opening game against Waterford on Easter Sunday.

"There's been a lot of really good performances from lads that have got a lot of game time throughout the league. You'd have to be happy with the form of some of the players there. The likes of the Mark Kehoes of the world and that. It's great to see Noel (McGrath) get a full game at the weekend as well and get those minutes into the body.

"I think there are lots of positives. Obviously for our first round down in Walsh Park, that's going to be difficult, the quality team they are, from after playing us in the league a few weeks ago.

"We have a lot of work to put in over the next few weeks, but there are really good lads here and everyone's putting their shoulder to the wheel, so it won't be from a lack of effort anyway. We'll be as ready as we can be." 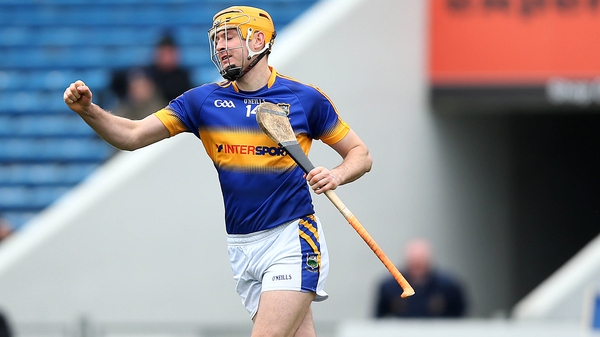 Seamus Callanan set for spell out with broken hand