What looked like a legitimate point by Fermanagh's Seán Quigley was waved wide with 15 minutes to go in their Allianz Football League Division 3 clash in Mullingar.

Footage from the Fermanagh county board showed what looked like a score. The umpire, however, waved it wide.

In a tight contest a point at that stage would have put the Ernesiders two clear. When the final whistle blew, the sides were level, an outcome that did little for their promotion chances. Things are tight in the third tier. 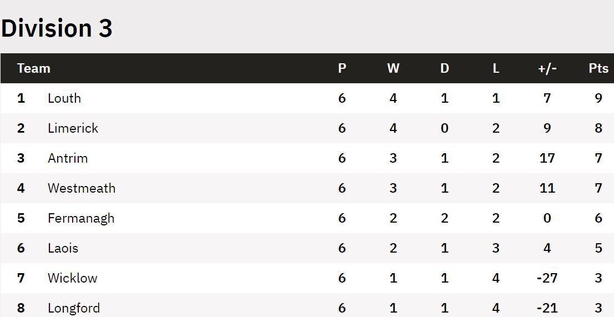 Of course, it is fair to say that Fermanagh still had ample time to kick other scores and get that vital win. That said, Pat Spillane did have some sympathy for the Ulster side when he spoke on RTÉ's Allianz League Sunday.

"To everyone seemingly in the crowd, to me and to all of us looking here, it looked like it had gone over the bar," he said.

"When we watch it clearly and watch the post, the ball is inside the post. That was a point.

The panel on the Sean Quigley point that wasn't as Fermanagh drew with Westmeath in their Division 3 encounter in Mullingar #rtegaa #AllianzLeagueSunday pic.twitter.com/SBYADoal2e

"We can all talk about human error but in this case there was the referee, the linesman and the two umpires looking at it.

"I feel sorry for Fermanagh, they have never won a provincial title. They play Tyrone in the preliminary (in Ulster this year) and the chances of them winning are probably slim. Their best chance of playing in the All-Ireland is to get into Division 2.

"If they won today instead of drawing and then beat Limerick in their last game and get promoted, they would probably be in the last 16 for the All-Ireland.

"Because of that mistake, because of human error, they could be deprived of playing for the Sam Maguire. It's a shame that human error could cost the team that place."