The Gaelic Players Association says it is "extremely disappointed" that the GAA is seeking to continue cost-savings on player expenses and allowances introduced during the pandemic in 2022.

Having accepted a reduction in player charter provision for the 2020 and 2021 seasons while attendances and gate receipts were affected by Covid-19, the players group believes there should now be a full reinstatement of provisions of the charter that were put in place pre-Covid.

An update was today given to inter-county players by GPA CEO Tom Parsons, who said that the players' group has been in negotiations with the GAA since before Christmas on a charter for this year.

"In 2020 and 2021 the GPA accepted a reduction in provisions around travel expenses, gear and footwear while the GAA's financial situation was uncertain," the note to members said.

"The GPA agreed to do this in good faith with the GAA on the basis that a return to normality would see a reinstatement of the 2019 charter provisions at a minimum," added Parsons in his communication to players.

"The GPA is extremely disappointed that the GAA’s position at the start of 2022 was to continue with the cost saving mechanisms, ie players to receive a reduced mileage rate of 50c and to continue to cap players to be only be permitted to claim expenses for three sessions a week, resulting in all other sessions being at the cost of the player."

Parsons said that GPA data showed how players mileage expenses since 2020 had been reduced by 40% per player on average, and that a majority of players had not been paid 2022 travel expenses.

He threatened unspecified "action by players" if this was not remedied.

"During the negotiation process and regardless of an agreed charter, we have asked the GAA on numerous occasions to pay the 'out of pocket’ travel expenses for collective training sessions to players," Parsons said.

"Three months later and the vast majority of players have still not been paid expenses. The latest proposal by the GAA still sees a cap being placed on the number of sessions a player can claim per week, and the GAA suggest to move negotiations above that cap to the players and their county boards locally.

"The GPA believes this is unfair and against the spirit of the charter. It is both surprising and disappointing given the latest publication of the GAA’s financial performance.

"The GPA will be undertaking a detailed cultural audit of the inter-county playing environment and we demand that all players are paid the expenses incurred for all collective training sessions with immediate effect. Until every player is paid their expenses for all collective sessions there will be action by players in response." 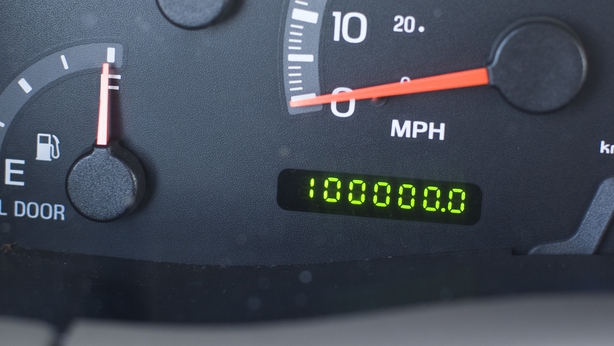 The note also voiced frustrations that players were not consulted with increasing the number of commercial sponsors on the player jerseys for 2022.

It added that their players are representing their counties at a time when the cost of living and travel are at a level not seen in generations and say a complete reset by the GAA is needed when it comes to respect shown to inter-county players.

In November 2020 the GAA and GPA agreed a new protocol to maintain the 15% share of net commercial revenue being allocated to the GPA from the GAA annually.

This was designed to encourage the two associations to work in partnership to develop commercial revenues to their full potential.

Also in 2020, with the GAA facing unprecedented financial losses, a rate of 50c per mile expenses for inter-county players was agreed, compared to the 65c that had previously been agreed. The nutrition allowance remained at €20 per week and it was observed that gear allocations would be managed "prudently and on a needs basis."

The GAA had also introduced a new centralised system of paying expenses for 2020 and 2021 with squad numbers limited to 32. All payments were based on three training sessions per week. The agreement stated that anything above that, in terms of squad numbers and frequency of training/gym sessions, would be down to the county itself to fund directly.

That charter carried over into 2021.

But finalising an agreement between the two bodies for 2022 still looks a distance off being completed.