It is as much an indicator of Tipperary's progress as any that camogie observers are now beginning to talk about a 'big four when considering the likely destination for silverware, after a sustained period of dominance by Galway, Cork and Littlewoods Ireland Camogie League Division 1 champions, Kilkenny.

The recent announcement of a lucrative three-year partnership with Alpha Drives and Setanta College is another sign of the growing belief within the county but it is also a vital ingredient in providing the additional resources and services required to take that next step that would truly establish the Premier County among the elite - by winning a trophy.

Bill Mullaney’s side have racked up huge scores in winning their opening two Group 1 ties of the current Littlewoods Ireland League campaign against Down and Offaly, prevailing by an aggregate 7-37 to 1-08, while managing to introduce a number of new faces into the bargain.

Today’s home game against Dublin at The Ragg (2pm) is likely to represent a sterner test, with Adrian O’Sullivan’s side also accounting for Offaly comfortably, after performing well against All-Ireland champions Galway in their opener.

Free-scoring former captain and 2018 All-Star, Cáit Devane has been in the vanguard of the improvement, along with the likes of this year’s co-skippers Julieanne Bourke and Grace O’Brien, Aoife McGrath and Mary Ryan.

Having an elite mindset and pushing for more might seem natural but when travelling from a low base and resources aren’t automatically available, it is not a straightforward process.

"It is very frustrating and what can creep in there, you can go quiet after a couple of years," says Devane.

"When you’re trying to push for the best and when it’s no one’s fault, everybody wants it but it just can’t be got, the little bit of indifference can creep in. Thankfully there’s a gang of us there that are a little bit on the senior side at the minute and that didn’t happen.

"We stayed plugging away at it and kept pushing it and kept trying to drive the standards, in the right manner. 'Cos there’s no point throwing your toys out of the pram either. You’re only creating a negative atmosphere if you do that but the message had to be consistently delivered, that this was what was needed and how were we going to get there." 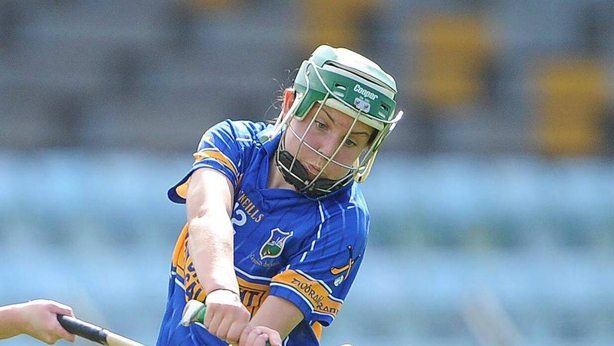 Devane views it as part of a sea-change within women’s sport and as a result, how women’s sport is seen externally. She lauds the examples provided outside of camogie, pointing to the likes of fellow Tippwoman, the trailblazing jockey, Rachael Blackmore.

"Sometimes, when you’re the one kicking up you can be viewed a little bit negatively but it was something we were striving towards, because other women’s sports are making such strides. It was just a matter of time.

"You could see it with the rugby and soccer and even Rachael Blackmore, the jockey who won the Tipperary Sportsperson of the Year last year. I just think people are seeing women now as athletes and that they deserve every much as the men as against seeing them as female athletes who don’t have the same commitment.

"That’s gone now but that would definitely have been there when I started out at senior level about ten years ago. You just weren’t seen as equal. It was everyone’s mindset and seen as the norm. But there’s been a big shift of mindset in the last four or five years massively and when you see other women in sport doing so well it definitely lifts the spirits of everybody."

The improvement can seem glacial but when you look back five years you can see the distance travelled. That should not allow anyone to be comfortable with where it's at now however.

"We’ve made massive progress but there’s way more to go. The sky’s the limit in terms of what we should expect and what, please God, isn’t too far down the road for us. It’s small bits here and there at the moment but it makes a massive impact at ground level."

That progress has been replicated on the pitch by Tipperary, who are consistently operating at a high level now.

They qualified for their first final in 11 years when reaching the Division 1 decider in 2020 but Covid-19 ruined their chances of glory when the competition had to be cancelled.

Last year, they somehow contrived to lose the semi-final to subsequent victors Kilkenny, who were inspired in their comeback by Denise Gaule after Devane shot the lights out in the opening half. They then gave Galway a huge fright in the All-Ireland semi-final, before again, falling narrowly short. Once more, the Tribeswomen would add value to those efforts by going all the way.

"We’re there or thereabouts but ultimately we haven’t taken a big scalp, one of the top three, so I don’t think it’d be realistic to say we’re in the mix with them because we haven’t beaten them in knockout competition. But that’s the goal.

"There’s a lot to happen to get to a knockout stage of a competition as well and if you get blinded too much by the end goal, you’re going to trip over yourself getting up the first step, so I think we have to keep our feet on the ground and realise the hard work that got us to two semi-finals last year.

"Hopefully if we get back like we did to a League semi-final against Kilkenny at Nowlan Park, or an All-Ireland semi-final against Galway at Croke Park, we’ll have learned enough over the last couple of years to get over the line and really establish ourselves within that group."