Bonnar took over from Sheedy after last year’s campaign and has had mixed fortunes in the Allianz Hurling League, beating Laois and Kilkenny in the opening two rounds before losing to Dublin last week and Waterford on Sunday.

"He went with Ronan (Maher) at No 6 today and I thought that worked well for long periods," Sheedy told RTÉ's Allianz League Sunday. "He was good and dominating in the game.

"He’s trying to find the space for the nine guys that have come from the '18 and ‘19 U20s (All-Ireland winning) team.

"He’s really giving youth its fling as well but he’s trying to get his mix right.

"They got 13 points from play in that first half and raced into a seven points to two lead. So there were a lot of positives.

"But in the second half, once Waterford started to come at them, they only got seven points, two from frees. They really struggled."

"Colm has a lot of work to do" - Liam Sheedy on the task facing Colm Bonnar and @TipperaryGAA as they prepare to face Waterford again in the championship #hurling #rtegaa #allianzleaguesunday pic.twitter.com/2Z4La1FhEi

Waterford will now be hot favourites when the sides meet again in the first round of the Munster championship in six weeks.

"Overall, you’d have to say that the team with all the energy on the pitch in the second half was in a white jersey.

"Waterford are a good team and they really showed a touch of class.

"Colm has a lot of work to do over the next number of weeks because we’ve got to go down there again in a few weeks’ time." 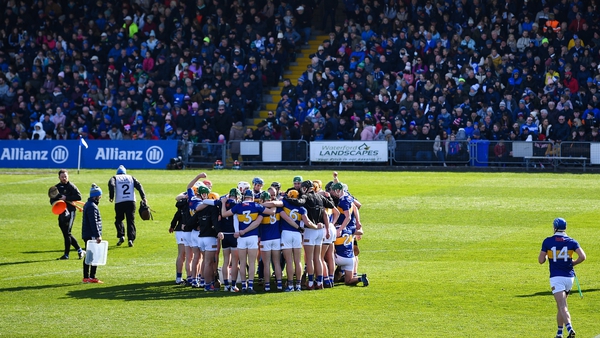 Colm Bonnar concerned by Tipp's fade out against Waterford