Darragh Egan was not getting carried away after his Wexford side made it three Allianz League wins on the trot and inflicted a first defeat on Henry Shefflin's Galway in Salthill.

The teams meet again in Wexford Park on 16 April in the Leinster SHC and while Egan said his team are well short of championship pace, he was glad to see them "drop the hammer" in the second half as Galway drew level before Wexford won out 2-15 to 0-15.

"It was a good win for us but we're under no illusions that was a long way off championship pace. We did well to get the win but we know exactly what is going to hit us in seven weeks when we play Galway on 16 April," the former Tipperary goalkeeper told RTÉ's Sunday Sport.

Wexford had nine different scorers, while their improving defence limited their hosts to just seven points from play, in a 70 minutes that Egan agreed was their best thus far under his stewardship.

"As a whole I would say it was and as regards getting 20 bodies on the field. We've had some top class performers in that first game against Limerick and the second game against Clare, more individual type stuff but as a whole I think we worked better today.

"We moved the ball better at times but most pleasing was when Galway came back level in the second half we were able to rally again. The team showed improvements in regards consistency and showed they could drop the hammer when they needed to."

Egan hopes to get Lee Chin back before the league concludes, while he said the absent Liam Ryan trained on Sunday morning and is "fine".

Shefflin was left to digest his first competitive defeat as Galway boss and he was unhappy with the performance of his new charges.

"The performance was very poor," he said. "It was a very poor day at the office. We never got going, it had no flow in it, I don't think we had anyone who scored two points from play. I think 5-6 lads got a point each and Conor (Cooney) was obviously very accurate on the frees and sidelines.

"But that is just not the level we expect. I'm sure the lads know that as well."

Shefflin also had his eye on the Leinster championship showdown in seven weeks and was impressed with how Egan's charges dictated the terms in Pearse Stadium.

"Wexford are in a very good place and when I talk about our own performance that is a reflection on how Wexford went about the game.

"They played the game on their terms to be honest with you and we couldn't seem to match it whatsoever."

Shefflin hopes to have Darren Morrissey and Brian Concannon back in the next "couple of weeks" while Conor Whelan took a knock in training on Friday, but it's "nothing too major". 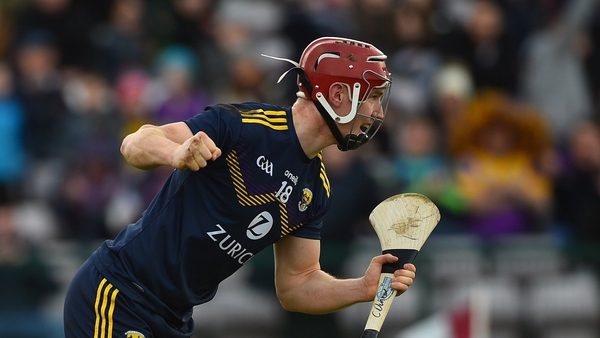