Roscommon realigned their Division 2 promotion hopes with an 11-point demolition job on Down at Páirc Esler.

After a draw last time out with Clare, it was back to winning ways here for Anthony Cunningham's side. Down though, still await their first victory.

The Rossies' midfield pairing of Eddie Nolan and Ultan Harney were simply majestic at times, the latter going off to a round of applause illustrating the quality of the display.

The duo fielded high ball after high ball, got forward, but importantly they allowed others to blossom.

With ample possession, every one of the Roscommon forwards got on the scoresheet in the rout as Down had simply no answer, although Pat Havern did try admirably on the edge of the square.

Still in his debut season in black and red, Andrew Gilmore gave the game a lively start in Newry. His mazy run from the throw-in saw Down take the early lead with a Havern free before slotting over himself from a difficult angle.

Gilmore had roused the crowd but Roscommon silenced the gallery just quickly with an Enda Smith penalty in the fourth minute. Cathal Heneghan scorched through the Down rearguard in Roscommon's first meaningful attack and Smith lashed the spot kick home when the former was fouled.

The visitors pressed on after that confidence boost with Conor Cox putting in an all-action display for the remainder of the half. The Kerry native swirled over points, caught marks, missed goal chances but was always on hand to respond to a Down score.

With James McCartan's side on the back foot from kick-outs, they had to attack from deep. It proved fruitful when Liam Kerr and Caolan Mooney found the target with late runs but it wasn’t sustainable and Roscommon’s big push at the end of the half illustrated that.

Roscommon scored seven of the last eight points of the half. At this stage, Cunningham’s side smelt blood and with four unanswered scores at the tail end, they really pushed on their dominance.

With sheer physicality at times, Roscommon overpowered Down in attack and aerially around the middle of the field as they really took a firm grip on proceedings.

With that platform, both Smiths added to their tallies but Cian McKeon really set the game alight with a wonderful brace of scores that made it 1-10 to 0-05 at half time.

Down once again started the half with Gilmore and Havern getting on the scoresheet but Roscommon could lift it at any time. The impressive Richard Hughes got forward to land a point in the midst of another scoring run.

The second half was played at a slower pace, yet Down were still loose in possession and tried to force the issue with a couple of half goal chances.

Roscommon barrelled on through Harney and a barnstorming run from Enda Smith from deep.

Down did welcome Kilcoo wing forward Ceilum Doherty off the bench, but it was Tiarnan Rushe and Cory Quinn that added the gloss to the scoreline.

On this display both sides could find themselves in different divisions next season.

Roscommon look set on promotion while Down could be going the other way. 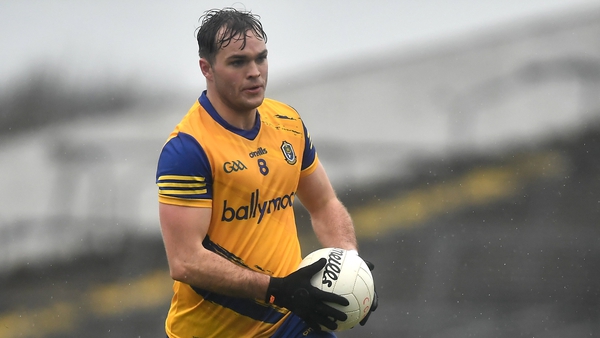