London came back from a ten-point deficit early in the second half to overcome 14-man Carlow in this first round Allianz Football League Division 4 tie.

In contrast to a high-scoring second half it took both sides time to settle early on. The game remained scoreless for ten minutes before Carlow enjoyed a purple patch, scoring 1-02 in quick succession.

Colm Hulton scored the goal on 14 minutes when he collected a long delivery and gave Noel Maher no chance with a rocket from just inside the big square.

Poor shooting by London let Carlow off the hook and they hit back with further points from Clarke, Darragh Foley, Conor Crowley and Josh Moore.

A free needlessly conceded by the Carlow defence in injury time saw Liam Gavaghan land an easy free having converted a more difficult one earlier on. At the break Carlow led 1-07 to 0-03.

The home side looked to be in total control on the restart with Crowley rifling over two points and Shane Clarke also finding the target.

Then London raised the intensity and asked questions of the home defence. Three points in succession from Fearghal McMahon, Gavaghan and Enda McCormick narrowed the gap.

Just on 44 minutes came the defining moment when Jamie Clarke picked up a straight red card. Without his pace and penetration Carlow looked vulnerable.

WE DID IT! After two years away from the field of play over the pandemic we have got straight into winning ways with a dramatic late finish in Carlow this evening. An absolutely brilliant display from our footballers, fair play to everyone involved. London Abu 🟢⚪👏 https://t.co/fOsloPJe6Y

McCormick added another London point and his team-mate, Stephen Dornan, also got on the scoresheet.

McCormick scored a goal on 53 minutes to breath even more life into the London revival as Carlow flagged under the visitors' intensity.

The home defence conceded once again when Gallagher couldn't get in the decisive shot himself but when the ball ran loose Gavaghan was on hand to fire home. Butler added another point to leave the Londoners two clear.

Carlow battled back and a Hulton free narrowed the gap to the minimum. In five minutes of injury-time London put men behind the ball, sucked the energy out of 14-man Carlow and never looked like conceding a late equaliser. 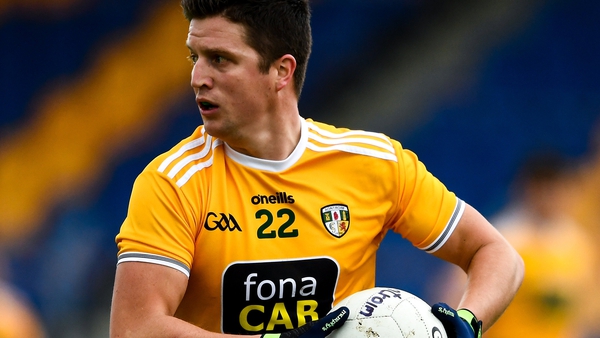