Last summer Paul Mannion was back being a fan again, watching on as Dublin made it as far as an All-Ireland semi-final. He made the decision not be involved in the Dubs' quest for a seven-in-a-row.

The 28-year-old admitted that leaving the panel was difficult but nevertheless was keen to spend time on different things away from inter-county football.

Club duty still calls, however, and Mannion now has an AIB provincial football final to look forward to with Kilmacud Crokes. Naas are the opposition at Croke Park on Saturday evening at 5pm. Mannion is confident he will start the game after picking up a knee injury in the semi-final win over Portarlington.

Speaking at an AIB event in advance of the decider, he said: "It happened in the first half against Portarlington, just under a tackle. I fell awkwardly and twisted it a bit. I'd done something similar on it a couple of years back, and it aggravated that. It took a week to ten days to settle down, but it's alright now. I'm training on it. One more session to get through [on Thursday night], the last bits of prep and should be good to go for Saturday."

After seeing off St Jude's to claim a first Dublin title since 2018, and following it up with a victory over Meath supremos Wolfe Tones, Crokes were then pushed all the way by the Laois champions on the Saturday before Christmas. Mannion was to the fore, kicking three points, in a come-from-behind success. It's been a rollercoaster ride for the four-time Leinster winners.

A sentiment shared by Mannion. "Like any journey throughout the Dublin championship, it's great and when you get into Leinster, the whole club and community seems to row in behind the team.

"The bunting and flags are out along the roads around Kilmacud. Families and friends are getting excited for the away games, the trip down to Páirc Tailteann, and then of course taking the club to Croke Park is just a really special occasion.

"We were there last in 2009 for the All-Ireland final. It's only Mark Vaughan who remains on the squad - he's still hanging in there in the background. Other than Vaughny, it's a completely new experience for the whole club, the whole squad. It was just amazing to get to Croke Park and see the Crokes jerseys around the place, Croke families and colours in the stands. Hopefully, we can top it off with a Leinster crown on Saturday."

It's perhaps a cliché to say that Mannion is now enjoying his club-only career at the moment. As for now he has no plans to return to the inter-county scene.

On the joys of helping Crokes' cause, he said: "I suppose I had some time off during the summer, which is new for me. I was just able to spend it with the club. It probably helped my game with the club team, being more familiar with different players and management having more time to try me in different positions. That's helped a lot. I'm enjoying football at the moment."

Brilliant finish from Cian O'Connor to find the net for @KCrokesGAAClub as they defeated @PortGAA 1-11 to 0-12 in the @gaaleinster club SFC semi-final #rtegaa @RTE2 @RTEplayer pic.twitter.com/cw9mNWmrUo

The inevitable question concerning Dublin did crop up.

It looks like the six-time All-Ireland winner won't be wearing the navy and blue in 2022.

"I've told the lads that I don't plan on it now," Mannion confirmed.

"I'm happy enough just focusing on the club. I have big decisions to make with work and where I'll be this year, in general. When I spoke to Dessie last year when I was stepping away, he made clear to me then that the door would still be open, and having spoken to lads on the team more recently, they've said the same as well. I do appreciate that.

"As I've said before, I do take things one year at a time. I've been pretty terrible at planning things beyond that timeframe. I've told them that I do appreciate that, and if a time comes when I would like to go back, and do get that urge again, that would be great. For the time being, I'm happy out with the decision and just focusing on the club, and different plans that I have."

On the experience of being a spectator during the 2021 All-Ireland race, he added: "It was strange. You're back to being a fan again. You do analyse things based on the knowledge of how we would have liked to play in the past. In ways, there was a lot less pressure. We were able to enjoy it a little bit more.

"Watching them lose was difficult as well. You know how much it means to a lot of the players, how much it meant to Dessie. That was difficult to take and watch. It's part and parcel of it. It was bound to happen at some stage. I was able to enjoy a lot more things throughout the summer. I focused on different things. It was mixed."

As to what Naas will bring to the table on Saturday, Mannion is expecting an "interesting" challenge based on the tight scraps that both teams have emerged from so far.

"You have to be prepared to grind games out. Naas did that really well against Shelmaliers in fairness. Late on, backs against the wall, they produced some really big scores. And they've obviously got a lot of leaders in the team to step up and take those opportunities when they have to.

"I think Saturday, you're going to have two teams that have come through tight battles, that have come from behind and pulled games out of the fire. So it should make for an interesting game."

Paul Mannion was speaking ahead of the AIB GAA Leinster SFC Final, this Saturday, 8 January at 5pm. 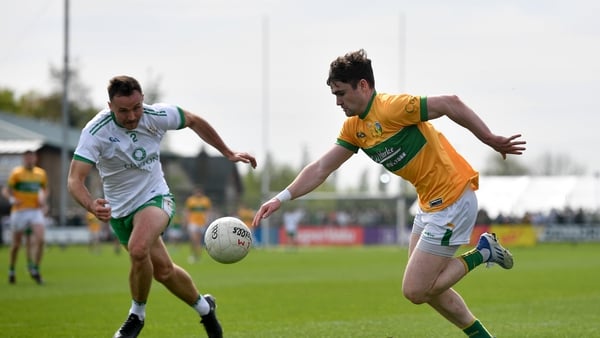