There's a big crowd expected in Ballinasloe on Sunday.

No, the horse fair isn't back yet but the Galway hurling faithful will be there to get a glimpse of their new knight in shining armour all the same.

Henry Shefflin, the most decorated player in GAA history with 10 All-Ireland titles and 11 All-Stars, will lead an inter-county team for the first time at Duggan Park.

Add in a venue convenient for both sets of fans and Galway County Board are expecting close to the 3,000 allowed under current restrictions (50%), for now at least. It's not your usual January appetiser.

"The excitement and anticipation of things getting started is huge," says Micheál Donoghue, who led Galway to their last All-Ireland triumph in 2017.

"There is going to be a big crowd at the first game as a result of Henry's appointment.

"I think it's a great appointment for Galway. He's going to get a big response and everyone is really looking forward to it."

Shefflin managed his native Ballyhale Shamrocks to back-to-back All-Ireland club crowns in 2018-19 but was a surprise successor to Shane O'Neill ahead of the strongly tipped Davy Fitzgerald.

Donoghue, who was also linked with a return to the hot seat before ruling himself out, expects Shefflin to blood some new talent in their Walsh Cup group games against Offaly, Antrim and Dublin before the Faithful are the opponents again in the Allianz Hurling League opening round on 6 February.

"He has a big squad, I imagine he'll keep that for the duration of the league then maybe cut it down.

"I believe there are over 50 in there at the minute, and that’s without the (All-Ireland club semi-finalists) St Thomas' contingent.

"He has a good few from the U20s, Donal O’Shea, John Fleming. I think there are a few back who were there before, the likes of Jack Grealish from Gort.

"I’d imagine he’ll go with some younger fellas for the first few rounds of the Walsh Cup and then probably go with a more settled team during the league."

St Thomas' and three-in-a-row chasing Ballyhale will meet in the All-Ireland club SHC semi-finals at Semple Stadium on Sunday 23 January with Ulster champions Slaughtneil facing Ballygunner or Kilmallock at Parnell Park earlier on the same day. 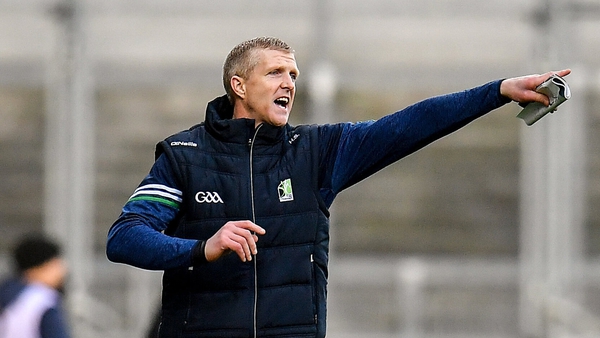