Colm Bonnar has been named as the new Tipperary senior hurling manager, following a meeting of the Premier County's management committee on Wednesday night.

Since Liam Cahill turned down the role, in favour of staying with Waterford, the Tipp board has worked to identify a suitable replacement for Liam Sheedy.

Bonnar oversaw Carlow’s progression to the Leinster SHC for two seasons. They also won the McDonagh Cup, Christy Ring Cup and Division 2A league crown during his successful tenure.

The Cashel native has previously been involved in management teams in his native county and Waterford, and served three years as Wexford manager.

In 1991 he captained the Cashel team which won Tipperary and Munster club honours.

"I realise that one of the most successful Tipperary teams ever is obviously coming to a natural transition with the departure of Liam Sheedy and the recent retirement of Brendan Maher, and I would like to congratulate them on their amazing careers for Tipperary," Bonnar said after his appointment.

"However, I am confident with the experience still in the current squad and the many successful U20/21 and minor teams over the last number of years, there are many talented hurlers in Tipperary bursting to take their opportunity to be successful at senior level, just like I am as the new manager.

"I will bring to this role, all my playing and managerial experience, my passion for the game and for Tipperary, along with a track record of success and getting the most out of teams and players." 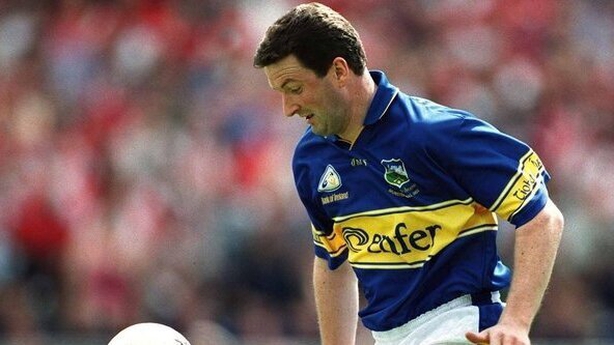 Meanwhile, five-time All-Star Brendan Cummins has been appointed as the under-20 manager for a three-year term.

Cummins starred in goal for his county for 18 years and was involved in the Kerry set-up with former manager Fintan O'Connor in recent years, as well as previously being part of the Laois hurling backroom team. O'Connor will link up again with Cummins in a reversal of roles.