Shane O'Neill’s brief spell in charge of the Galway hurlers came to an end today, with the announcement that the Limerick man wouldn’t seek an extension to his two-year term.

Galway ran Limerick closest in 2020 with a three-point defeat in the All-Ireland semi-final but were beaten by Dublin and Waterford and bowed out in the qualifiers this year.

So who is likely to take over in a county that is facing into a first season without talisman Joe Canning since 2008?

Tipperary native John McIntyre, Galway manager from 2009-11 and sports editor of the Connacht Tribune, highlighted some potential candidates to 2fm’s Game On.

The man who led Galway to their first All-Ireland title in 29 years in 2017 - and the final the following season - stepped away two years ago after a disappointing season and rumoured tension with the county board.

"Word came out that Micheál had a fractious relationship with local GAA officials and a lot of those individuals," said McIntyre.

"I’m wondering whether he has the stomach to go back in there.

"Galway hurling is in transition and he has a young family."

The Clare man has had 14 consecutive seasons of inter-county management since succeeding Justin McCarthy in Waterford midway through the 2008 campaign.

He led the Déise to the ’09 final, won it with his native county in 2013 and ended Wexford’s 15-year wait for a Leinster crown in 2019. But does he want a rest after leaving Wexford?

"I know he’s like a Duracell bunny but he has invested so much energy into his roles with Waterford, Clare and Wexford. He probably needs a break from inter-county management.

"And no vacancy in any strong hurling county is as appealing as it normally would be because of the shadow Limerick are casting." 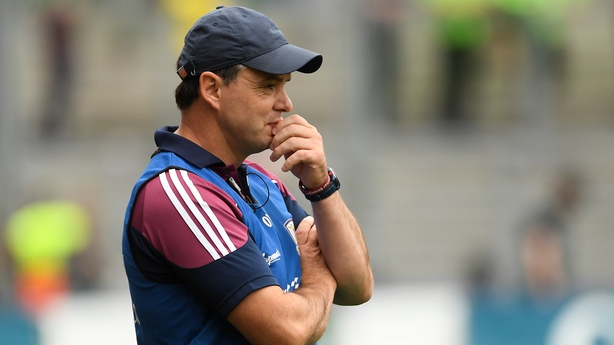 The Liam Mellows man recently stepped down as Galway U20 boss after his side’s All-Ireland final defeat to Cork.

"He guided Galway to three All-Ireland Minor titles. Subsequently, they didn’t have much joy at U20 level but he has a proven coaching pedigree."

Former Westmeath manager Hanley is the Galway minor boss and oversaw the last two victories of the county’s four in-a-row win (the 2020 final was played two months ago) before Cork stopped the drive for five two weeks ago.

"I think the anticipation with Brian is that he would step up to the Galway U20 job."

Lally was coach to Hanley this year but led St Thomas’ to a three in-a-row of Galway club titles before that.

The Clare man hasn’t managed a senior inter-county team since guiding Dublin to their first Leinster crown in 52 years while in charge between 2009-14 but did take charge of Kilmacud Crokes in 2018 and ’19.

"Anthony was involved with Sarsfields down here for a couple of months this year.

"But Sarsfields are a very ambitious club and I believe Anthony wasn’t in the position to give them the required commitment.

Other names that might come into the equation include O’Donoghue’s former selectors Noel Larkin and Francis Forde, who turned down the chance to succeed him, and perhaps Mattie Kenny, Dublin boss since 2019 but a former U20-winning manager and senior coach with his native Galway.

McIntyre said he expected the Galway hurling committee to now appoint a group to review potential candidates before any name was proposed.