Kyle Hayes came into the All-Ireland final as favourite for the individual honour but Lynch's remarkable display against Cork has left him in pole position.

Lynch previously won the award in 2018 and will join Henry Shefflin, DJ Carey, Brian Corcoran and Brian Whelahan as a multiple winner if he's picked again.

Speaking at the launch of this evening's star studded Poc Fada For Sick Children fundraiser in Howth, O'Brien backed Lynch for the ultimate individual honour.

"For me, there's only one Hurler of the Year - it has to be Cian Lynch," said O'Brien, who managed against Limerick in the Allianz League in June.

"He has everything really and it showed in the final against Cork. He's a selfless player for a start but then he has a skill level that from my point of view is above everyone else out there.

"He showed us that flair and that bit of magic in the final and gave an extraordinary performance. His biggest asset for me is that he always gives the ball to the man in the right position. It's a simple enough concept but to do it every time is very difficult." 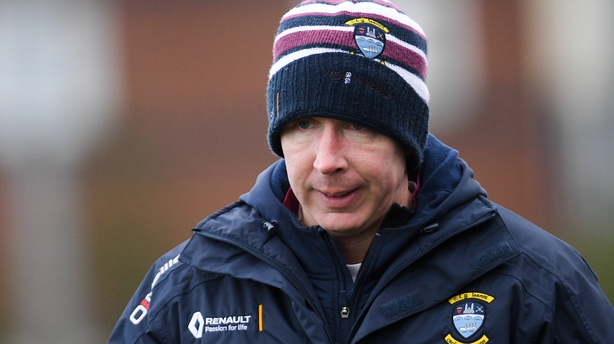 O'Brien himself stepped down as Westmeath manager after guiding them to their maiden McDonagh Cup title last month.

"In many respects, it's like a full-time job," said the Dubliner. "Travelling takes its toll, battling the traffic on the M50, all that stuff. Those were definitely factors but I really enjoyed my time there too so it was a hugely difficult decision to make."

Proceeds will go to Crumlin Children's Hospital and separately to pay for physical therapy for Alex Coyle, a child with severe physical and intellectual disabilities.

"My own daughter, Mia, was diagnosed with cancer three years ago and they did remarkable work with her in Crumlin, in the St John's Ward in particular," said O'Brien.

"I swore at the time that I'd do something to try to repay them."