As Limerick and Cork prepare for battle in Sunday's All-Ireland hurling final, we take a closer look at the respective managers John Kiely and Kieran Kingston.

John Kiely was the first Galbally man to wear a Limerick jersey in Croke Park. So it was said when Kiely was presented with a Junior B county trophy in 1995.

It was the first ever hurling title to be brought back to his parish and he called it the proudest moment of his career. Similar moments would follow.

Kiely was born in 1972 and raised in Galbally, Limerick, on the western fringe of the Glen of Aherlow, an idyllic valley with sprawling pine woods, sheltered by the Galtee Mountains and Slieve na Muck.

The village itself is charming and genial. Sport plays a pivotal part in its make-up; Gaelic games, soccer and rugby all producing teams. A hive of sporting activity surrounded by this natural canyon, used for protection by the Rapparee, a band of dispossessed native Irish fighters, who sought shelter, and in equal measure, points of ambush, against the ruling English of the 17th century.

A short drive, over the border, is The Abbey School in Tipperary, where Kiely attended as a student, and where he is now the school's principal. It's an all-boys school with an holistic approach to education, an Augustinian history, burnt down twice, with its beginnings as a friary founded around 800 years ago at the bottom of a hill, on the banks of a river.

On completing his leaving certificate, Kiely would go on to obtain a Bachelor of Arts in Economics and Maths in University College Cork. His drive didn’t end there, going on to do a Higher Diploma in UCC and then a Graduate Diploma in Graduate Business. In tandem with his studies, Kiely 's academics went hand in hand with his own sporting pursuits.

While still attending the Abbey, Kiely made his minor debut at inter-county hurling level, aged 17. A dual player, Kiely represented his county in both codes, but his real highs would come in management.

Kiely was a selector along with John Allen when Limerick won the Munster minor hurling title in 2013. It was their first win at this level in 29 years, echoes of the long wait the senior side would have to undertake in their pursuit, that still wouldn’t end for another five years. The minor victory was stunning, on the basis that 10 days beforehand, Kiely’s side looked dead and buried against Waterford, clawing back from seven points down to earn this replay.

Kiely would be part of the thinking ahead of the replay, that saw Limerick move Ronan Lynch from full forward to centre back in what transpired to be a tactical switch of real insight. The Limerick defence was organised and aggressive. Lynch and his namesake Cian Lynch contributed a collective 1-08. An All-Ireland semi-final defeat to Galway after extra time was tough on Limerick, who ran out of steam. But the seeds were being sown, and Kiely’s influence was telling.

Two years later, he oversaw Limerick winning the All-Ireland Under-21 title. It was a comprehensive win, with Kiely now manager.

Wexford were simply overwhelmed by Kiely’s outfit, something to undo some of the pain when Kiely was a part of the Limerick team that lost to Wexford in the 1996 All-Ireland senior final.

Again, it was energy, fused with technique that underpinned the ethos of Kiely that saw the win. The talk of Limerick youth gearing up to take their chance as they progressed was gathering traction. The talk had been there before, but Kiely would oversee its execution. It was their first Under-21 triumph in 13 years. More was to come. 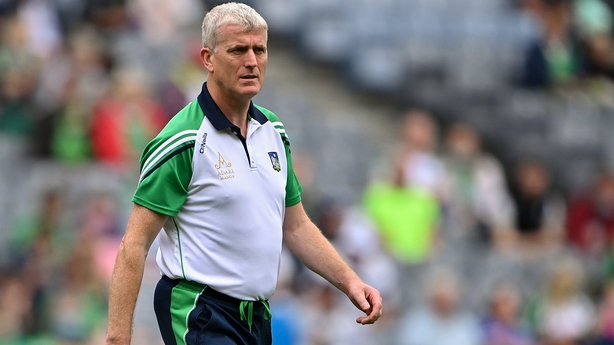 In September 2016, Kiely’s name was put forward to replace TJ Ryan, who had parted ways with the Shannonsiders after three years at the helm. Kiely had turned things around for his county at underage level. Now he was to be put forward to alter and steady the trajectory of the senior side.

Kiely’s tactics, nuanced at times, his belief in bringing in others to oversee strength and conditioning - he never claimed it to be his area - and how he underpinned resolve and built team spirit, all contributed to the Limerick senior team being built into an All-Ireland-winning side.

In the November before the 2018 victory, a boxing fundraiser is said to have built bonds and morale. The squad under Kiely were insular and worked hard on their own game, worrying little about outside forces.

Kiely protected his young players, with formal permission required by any journalist that wanted to speak to them ahead of the decider with Galway.

A team of resolve, a resolve that saw them fend off a late Galway comeback and bring the Liam MacCarthy trophy back after an inordinate amount of time.

After waiting so long to win one All-Ireland, Kiely oversaw success again in 2020. All the qualities instilled is what makes a third title in four years a very real possibility.

KIERAN KINGSTON - THE REBEL LEADER TAKING IT ALL IN HIS STRIDE

Minane Bridge has the best of both worlds. A light drive into Cork city, it shares the Cork coast with the likes of Kinsale, Ballycotton and Courtmacsherry. Low-input, low-output farming lands jut the landscape, primarily dairy farming. Paddocks, ideal for ponies. Shrubbery surrounds stone walls as you approach the small village.

You can walk from the village centre to Tracton GAA club in less than 10 minutes. It is a modest village, but it’s a full village. It is the hometown of current Cork manager Kieran Kingston.

He started his hurling as a child in Tracton and would go on to achieve some success at junior and intermediate level. When he has spoken in the past of his earliest memories from a GAA perspective, he recalls the 1973 All-Ireland final when Cork, with a young Jimmy Barry-Murphy in tow, overcame Galway in an open game.

But from his own point of view, hurling with his brothers and sisters was a big part of life growing up. Sliotars were a valuable commodity, losing a ball could result in foraging through ditches for its retrieval.

In 1986 Kingston won a senior All-Ireland hurling medal for Cork, coming on as a substitute and scoring two points from play in the win over Galway. Barry-Murphy played that day too, scoring the final point in his final appearance in a Cork jersey.

Kingston followed his playing career as a selector, a coach, and then of course, as a manager. On two occasions. But it was as a coach in 2014 that he saw a Cork team including the likes of Aidan Walsh and Pá Cronin defeat Limerick. Kingston was a part of Barry-Murphy’s set-up and helped oversee a win in the last game before Páirc Uí Chaoimh was redeveloped. 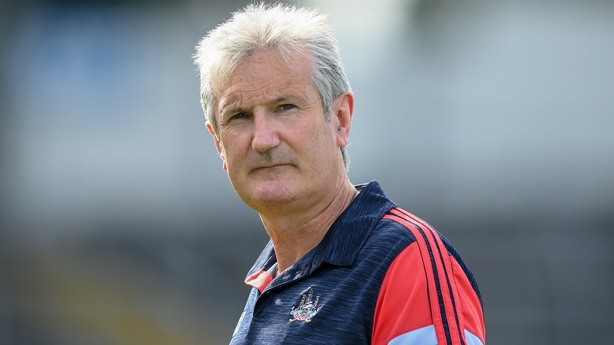 At the end of 2015, Kingston took over a team that was somewhat in transition. So 2016 would see Kingston rebuild with a focus on bringing young players into the fold; a vision he shared with his management team of Pat Ryan, Diarmuid O’Sullivan and Pat Hartnett.

As they entered 2017, Kingston and his side were rank outsiders for the All-Ireland. They weren’t even fancied in Munster.

However, Kingston saw his side victorious at provincial level, in a fine, polished performance against Clare. This was all after putting Waterford and the reigning All-Ireland champions Tipperary to the sword. Waterford would however, avenge their defeat when it came to the All-Ireland semi-final. Still though, Kingston had Cork on the right trajectory.

With the future somewhat bright, the Cork County board offered Kingston a new two-year contract. However, he refused. Work commitments bore heavily, and he stepped away.

When Kingston was back in the frame in 2019, he was offered a three-year contract to succeed John Meyler. O’Sullivan was back on board too and Ger Cunningham was brought in as coach. Last year saw an exit at semi-final stage in Munster before a Round 2 qualifier defeat to Tipperary.

Cork were seen as a coming team but this year upturned pre-conceptions and their rip-roaring defeat of Kilkenny in a game of pace, prowess and high-drama in the All-Ireland semi-final sees them with a very real opportunity; if it is slightly ahead of where Kingston might have thought he would be at this juncture, he will take that in his stride. Like he so often does. 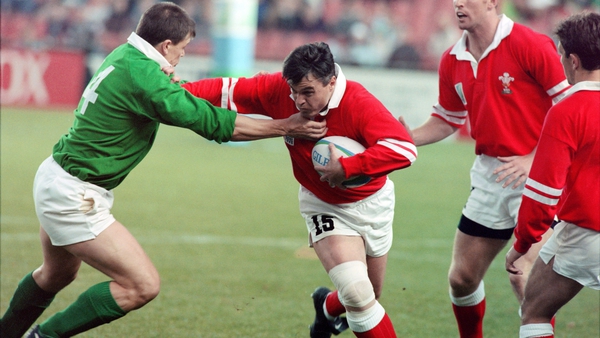