Roscommon produced a remarkable final quarter comeback to overturn Down and upset the odds in the Eirgrid All-Ireland Under-20 Football Championship semi-final.

The contest had been edged by the Ulster champions for the first 45 minutes of action but was completely flipped on its head.

The Rossies shot 1-05 without reply while Down had two men sent off, meaning that it's Roscommon who will travel to Croke Park to take on Offaly next Sunday.

This was a game where Down were fractionally the better side throughout, but Roscommon did enough to stay in contention and then powered home thanks to a strong contribution from their bench.

Charlie Carthy's point in the fourth minute of stoppage time was the only flag raised by a substitute, but in so many key areas on the field, Roscommon found ways to turn around problem areas and tun them into an advantage. 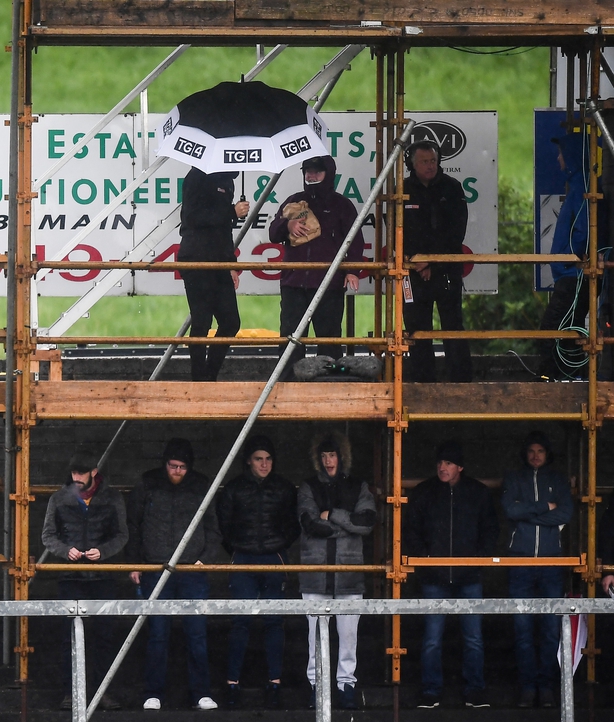 Midfield in particular was crucial.

Tom Close and Ordhán Murdock were imperious and Roscommon goalkeeper Conor Carroll was visibly perturbed by his lack of short options, and how his longer restarts were invariably gobbled up by Down foragers – aided by the fact that goalkeeper Charlie Smyth pushed up to give the Mourne County an extra player in this sector.

Yet an early goal from James Fitzpatrick edged the Rossies into the lead, and they managed to preserve that lead right up to just before half time, when Shealan Johnston cracked one in for Down after an incredible turnover and run from Ryan Magill. 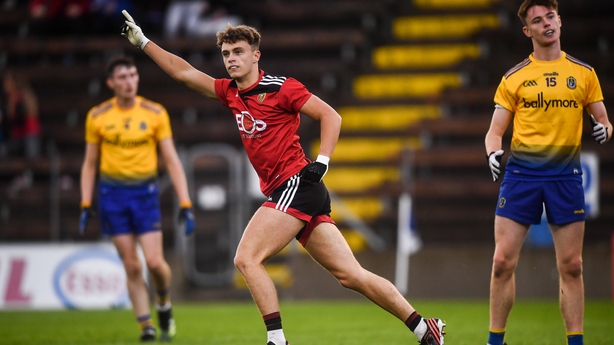 Roscommon could have had more goals – both Adam McDermott and Ben O’Carroll hit the crossbar, while Paddy Gavin also had an attempt blocked over the bar by Charlie Smyth.

Ben O’Carroll opened the second half with a sublime score to make it 1-07 to 1-06, but Down picked up where they left off with the next two points, and it could have been more had Danny Magill’s shot dipped an inch lower instead of crashing off the woodwork.

The introduction of a raft of Roscommon substitutes proved to be a game changer.

Ruaidhrí Fallon was freed up to go to midfield where he made a big impact and the introduction of Sean Trundle, David Wynne added energy and speed to Roscommon’s link-up play, while Charlie Carthy chipped in with a crucial score late in the game.

As the final quarter got under way, the Connacht side took over. 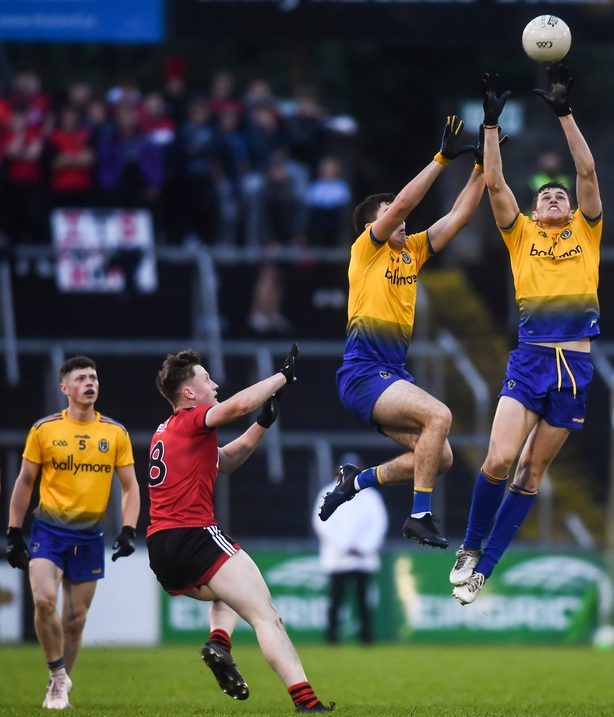 A superb point from Patrick Gavin, drew them level, then Adam McDermott, Fitzpatrick and Carthy all hit the target, before the crazy finish led to McDermott carrying the ball 40 metres and roll it into an empty net, as Down goalkeeper Smyth had joined his colleagues in trying to salvage a goal of their own to take the game to extra time.

By then their challenge was hampered by a straight red card to captain Shealan Johnston, and he was joined on the sideline by midfielder Tom Close in the final minute of the eight extra allocated by referee David Murnane, though by that stage there was no doubt about the result.