Micheal Burns, who was a replacement for the injured Dara Moynihan in the comfortable victory over Tipperary, is retained at right half-forward while seasonal debutant Mike Breen continues at wing-back. Moynihan misses out entirely once again due to injury.

Keane will have strong options to call upon if required with the likes of Tadhg Morley, Paul Murphy, Killian Spillane, Tommy Walsh, Jack Barry, Jack Sherwood and Tony Brosnan among the substitutes. 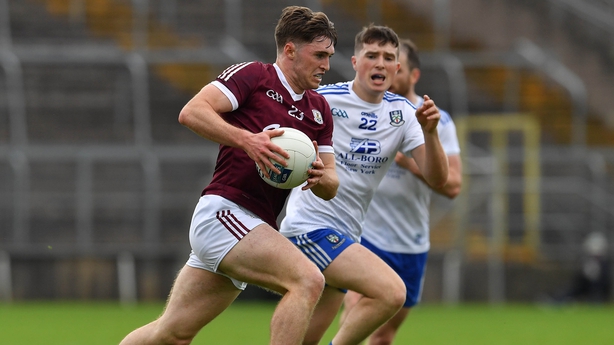 Galway manager Padraic Joyce has made one change to his side for Sunday's Connacht SFC final against Mayo.

The sole change sees Cathal Sweeney - pictured above - come into the half-forward line for this western derby at Croke Park in place of Finnian Ó Laoi.

Cork will be without experienced defenders Damien Cahalane and Eoin Cadogan for Saturday's All-Ireland SHC qualifier against Clare.

Rebels manager Kieran Kingston has made three changes from the side that lost to Limerick in the Munster championship, with two enforced through injury.

Robert Downey and Luke Meade will take over at full-back and midfield respectively, while the other change sees Alan Cadogan replace Conor Cahalane in attack.

Fahy featured for the Galway U20's last year, has yet to play a game at senior level, but will get his chance with regular netminder Eanna Murphy unavailable.

Sean Linnane, nephew of All-Ireland winner Sylvie, comes in at right corner-forward, while the experienced Aidan Harte returns to the defence.

Waterford have also made three changes in personnel.

Manager Liam Cahill welcomes back the fit-again Kieran Bennett as the Ballysaggart man takes his place a half-back line anchored by his brother Shane, while Jamie Barron and Peter Hogan form a new midfield pairing, Barron having returned from injury as a sub last weekend.

Veteran Kevin Moran and Neil Montgomery drop to the subs, while Iarliath Daly misses out entirely with a reported quad injury.