Last year's beaten finalists Waterford and Galway, who were many people’s second favourites this year, get us going in Thurles (Saturday 2pm).

Shares in Galway plunged after their Leinster semi-final defeat and Dublin’s Leinster final loss did nothing to rally the market. Waterford’s stock has held steady, but not shown the growth predicted early on.

There are major questions to be asked on both sides. Have Galway too many on the wrong side of the young man’s game? Have they enough pace to go with their unquestionable power?

Is Liam Cahill suffering second season syndrome in Waterford? How battle-ready is their talisman Jamie Barron? Can they ever recover from the loss of Tadhg De Burca?

With all that in mind, Galway look the better value here. 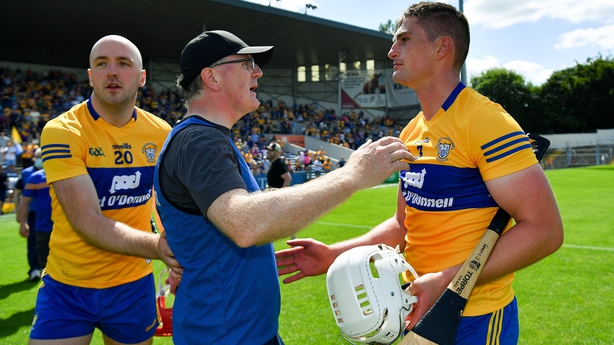 Clare and Cork meet at the LIT Gaelic Grounds (Saturday 4.30pm). Clare took turns with Wexford at being asleep last week, with Clare just about protecting a big early lead to get out intact.

This is Clare’s fourth Championship match of the summer, while Cork’s only game suggested that they are a work in progress. Cork have had three weeks to apply some finishing touches.

In the league, the Rebels seemed determined to bring goals back into fashion and Clare have conceded five in the last two games.

There’s nothing between the teams on paper but it’s Cork for me.

In the weekend’s other game, Laois take on Westmeath to see who survives in Division 1 for next season.

After a bad league campaign, Laois looked to be dead on arrival at the gates of the championship but Cheddar Plunkett has preformed an exemplary resuscitation.

Antrim were seen off to the Joe McDonagh Cup and Waterford were shaken in the qualifiers.

Westmeath come into the game on the back of a good victory over Kerry last weekend and this is the sort of occasion where one team is forced to dig deep only to find out they are just short.

It’s Westmeath’s turn to experience that this time.