By Fergal Lynch at Croke Park

It wasn't all plain sailing for All-Ireland champions Dublin in Croke Park but they survived a stern second-half challenge from Meath to book their place in the Leinster SFC final.

From trailing by 11 points at half-time, Meath closed the gap to three in the 69th minute and held all the momentum.

However, Dublin used all their wealth of experience to retain possession and as Meath chased the game Brian Fenton, Cormac Costello and Ciarán Kilkenny picked off the insurance scores to secure their place in the final for the 11th successive year.

For most of the first quarter Meath gamely stuck with their hosts despite conceding a goal from a dubious penalty awarded after Fenton went down under minimal contact from Mathew Costello.

Dublin started impressively and moved the ball around with ease and confidence, making little of the pre-match rumours they might be lacking in that department. 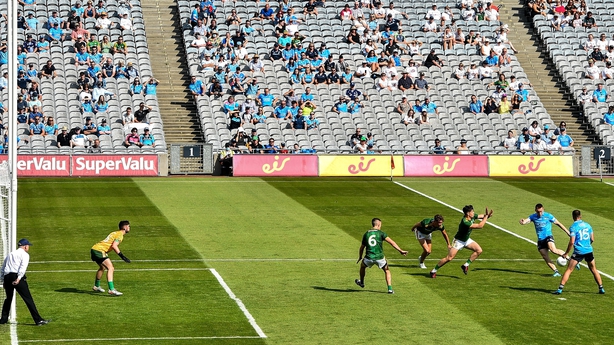 A swift move saw Con O'Callaghan open the scoring in the fourth minute and 90 seconds later Dean Rock marked his return to the starting line-up with a converted free.

Eamon Wallace struck Meath's opening score from a swift attack, but within two minutes Dublin were on the prowl again with Costello having an effort cleared off the line before Kilkenny tapped over the loose ball to make it 0-03 to 0-01.

Another counter-attack saw Bryan McMahon close the deficit to the minimum in the ninth minute and seconds later Meath had appeals for a penalty turned down when McMahon looked to be fouled as he followed by Morris's parried shot.

Costello gave championship debutant goalkeeper Harry Hogan no chance from the spot to make it 1-04 to 0-02. 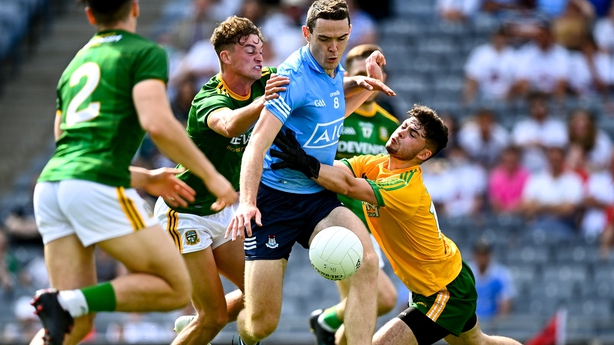 Meath's response to that setback was impressive as Costello converted a massive free from 48 metres before Morris added a point to close the gap to three points at the water break, 0-04 to 1-04.

When play resumed, Dublin hit another level as Paddy Small, Kilkenny and Costello tapped over points at their leisure and when Fenton and Rock combined to free O'Callaghan the Cuala man blasted a brilliant goal to make it 2-07 to 0-04.

O'Callaghan added another brace of points and Kilkenny clipped over his third to make it 2-10 to 0-04 and even though Meath replied with the next two points from Wallace and Costello it was Dublin who secured a 2-11 to 0-06 interval lead with Rock scoring at his leisure.

Meath gave themselves a glimmer of hope when Costello finished expertly to the net and after Fenton was denied by Hogan. 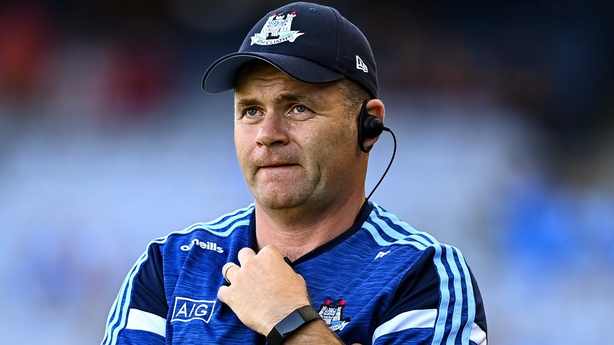 Points from Kilkenny and Costello either side of a superb score from Cillian O'Sullivan stretched Dessie Farrell's team's lead to 2-13 to 1-11 at the second water break.

Tired limbs started tell in the final quarter and it took almost 12 minutes after the restart for the next score when James McEntee converted a '45' after Evan Comerford parried a Ronan Jones effort.

Thomas O'Reilly converted a free to make it a one score game, 1-13 to 2-13, but that was as good as it got for the challengers as Dublin held possession and eased across the finish line. 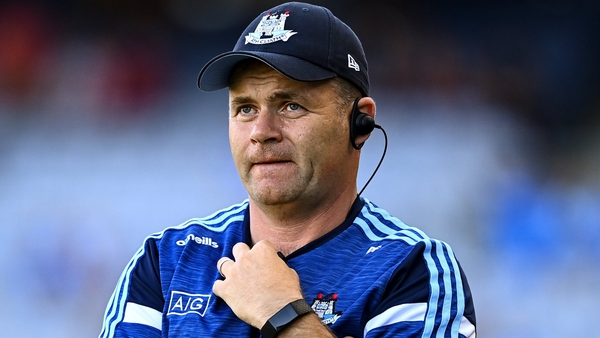 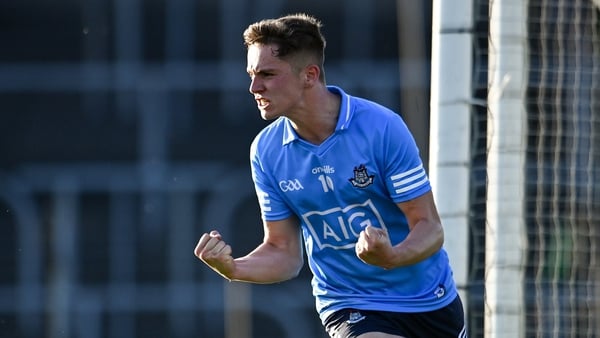 Goal blitz key as Dubs hold off Meath in Navan 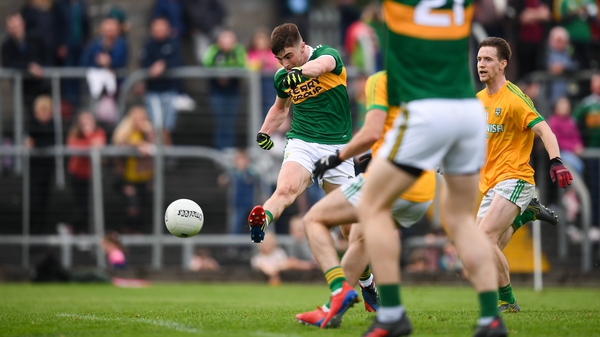 Kerry beat Meath to top Group 1 of the Super 8s