Clare face off against Wexford in a mouth-watering round one of the All-Ireland SHC qualifiers, while Waterford will take on Laois.

Both games take place on Saturday afternoon. Clare v Wexford throws in at Semple Stadium at 1.30pm with Laois and Waterford meeting at UPMC Nowlan Park at 2pm.

The Banner County were beaten by Tipperary in the Munster SHC semi-final after an absorbing clash that swung on a highly controversial decision.

Wexford came out the wrong side of a superb Leinster battle with Kilkenny, who advanced to a final showdown with Dublin after extra time.

Laois were absolutely hammered by Wexford in the Leinster quarters, 5-31 to 1-23, while Waterford also had a disappointing first day out when they lost by nine points to Clare at Semple Stadium.

There will be an open draw for the second round, subject to the avoidance of repeat pairings. 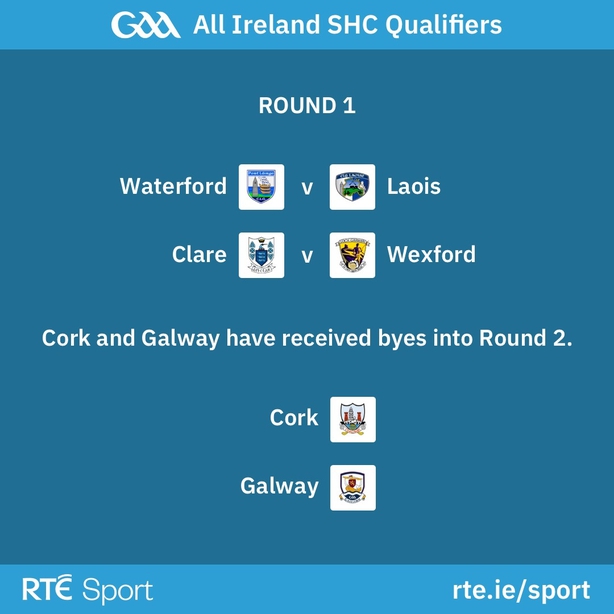