Wexford GAA chairman Micheal Martin is hopeful that a crowd of 500 could yet attend Sunday's Leinster SFC clash with Dublin.

The game will take place at Chadwicks Wexford Park and under current regulations a crowd of just 200 can attend.

But the GAA is waiting to see if the Government will bring forward the new 500 limit on attendance at inter-county venues with a normal capacity of 5,000 by two days.

That change was due to be implemented on Monday, 5 July.

Martin says that he and other county board officials across the country are hopeful that the new limit can be brought forward.

Across all codes and levels there are 20 senior inter-county fixtures this weekend. Right now, crowds of just 200 will be able to attend games taking place in the 26 counties.

But, following yesterday’s decision to allow 8,000 into Croke Park for Saturday’s Leinster hurling semi-final double bill, there are hopes the switch from 200 to 500 (at venues with a suitable capacity) could be made.

"We have looked into it from our own point of view," Martin told RTÉ Sport.

"There is hope that the date for the 500 figure could be brought forward. We would love it if that happened.

"Obviously, we got great news yesterday regarding the hurling semi-finals moving to Croke Park, with the crowd of 8,000 allowed to attend. We are very appreciative of that and of the cooperation of everyone so far in letting that increased crowd attend, from the GAA at central level, to the provincial councils, to the Government and local representatives.

"With regard to the 200-limit changing, we fully understand that there is a process there and it’s a balancing act for decision makers and we respect that.

"We were told we would have an outdoor summer, but we are in the midst of that now and if we were allowed to have 500 supporters at our stadium, which has a capacity of 20,000, we would be well equipped to stage fixtures in a safe, responsible and co-ordinated manner.

"There are similar scenarios around the country this weekend as we wait to hear if a change will be made."

"Quite simply, from our point of view, it's about looking after the football people of Wexford, the players, and their families."

The GAA will allow 1,049 fans attend the Connacht football semi-final between Galway and Roscommon in Hyde Park on Sunday as part of a pilot event.

And Martin points out that even having a crowd like that will mean a huge amount to the families of those involved.

"There is no financial gain to any of this (increasing crowds from 200 to 500) and it’s not about the finances," he says, referring to their hopes of a hike in attendance.

"Quite simply, from our point of view, it’s about looking after the football people of Wexford, the players, and their families.

"We beat Wicklow last weekend and it was great to meet families after but there were still many other members who couldn’t be there.

"I have had parents of 20- and 21-year-old players ringing me saying how unfair it is that those players’ grandparents – who are fully vaccinated and have been embedded in the GAA all their lives – can’t get access to these games.

"I was listening to one of the professors in the UK overseeing pilot events with returning crowds and he was also making the point that there is a mental health element to this as well.

"We can see that down here. People need a lift in their lives right now and something to look forward to. With every week that goes by the games increase in importance and still not every game is on live TV or can be seen – the demand to see these fixtures is still very strong and hopefully we can get some more people in this weekend." 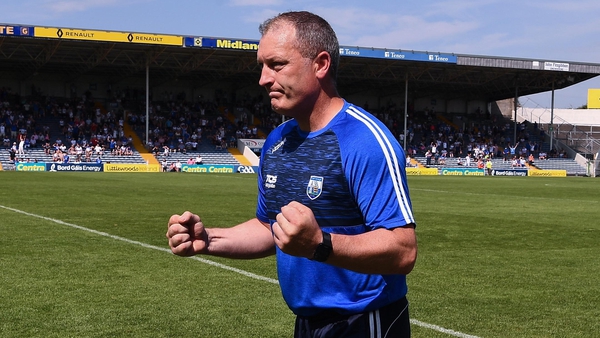 Cahill turns down Tipperary to stick with Waterford