Clare maintained their Indian sign over Kilkenny in a thrilling finale to the Allianz Hurling League with a four-point win at Cusack Park, Ennis.

Now unbeaten in their last six competitive outings against the Cats since 2016, the Banner had to be patient before finally prevailing with the last four points to complete a third consecutive league win.

Already confirmed as group winners with a perfect four match winning start, Kilkenny still payed their part in a compelling end-to-end wrestle for supremacy in what was both sides' last competitive outing before their respective provincial championships.

After a blow-for-blow start, a Tony Kelly goal either side of the first water break completely altered the narrative as first he was put through by Aidan McCarthy to find the top right corner before finishing a penalty to the same side after Ian Galvin was felled in the 20th minute at 2-6 to 0-05.

Those goals only seemed to motivate Kilkenny though who responded with five of the next six points as Adrian Mullen (2), TJ Reid, Walter Walsh and Billy Ryan lowered the arrears to three at 2-07 to 0-10 by the 28th minute.

TJ Reid's consistency from placed balls ensured that only a point separated the sides by the break at 2-09 to 0-14. And allied to scoring bursts from Eoin Cody and Richie Reid, it was Kilkenny who appeared to be getting on top by the turn of the final quarter at 0-21 to 2-14.

The pendulum dramatically swung back in the home side’s direction when David Reidy and Aron Shanagher provided clinical finishes to secure a brace of goals in the space of the minute after the recess. However, it still wasn’t sufficient to shake off the obstinate Cats who responded almost immediately with a goal of their own through replacement Martin Keoghan at 4-14 to 1-21.

In fact, Kilkenny managed to nudge back in front entering the final ten minutes following three successive frees. But having emptied their bench, an inexperienced forward division were unable to sustain the visitors’ advantage.

Instead, it was Clare’s reinforcements that proved decisive as Gary Cooney, Shane Golden and Ryan Taylor combined for four points to seal victory albeit that injuries to defensive duo Aaron Fitzgerald and David McInerney are worrying ahead of their Munster Championship duel with Waterford in a fortnight’s time. 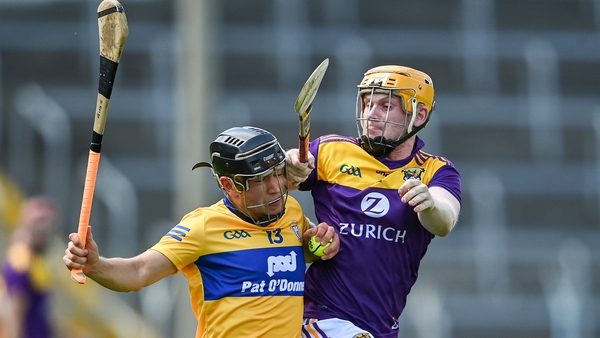