By Michael Wilson at Carrick-on-Shannon

Derry will play Division 2 football next season after overcoming a dogged Limerick side by four points in the Division 3 semi-final in Carrick-on-Shannon on Saturday.

In the end, it was comfortable rather than exhilarating but that won't matter to a Derry team that fully justified their favourites tag throughout an impressive league campaign that brought four wins from four games.

A tense opening quarter saw little between the teams, Derry squandering a couple of decent goal chances while Limerick, content to play deep and hit on the break, were extremely efficient with their shooting as the impressive Hugh Bourke accounted for 0-03 of their 0-06 in the opening 17 minutes.

Derry dominated possession, even when Emmett Bradley spent 10 minutes in the sin bin either side of the first half water break for an off the ball challenge, but the Oak Leafers' first half lacked the pace and intensity of their groups games.

Limerick's massed defensive ranks was designed to frustrate but Derry still had the chances to be further ahead than the 0-8 to 0-7 interval advantage they eventually mustered.

Conor Doherty opened the scoring with a point inside the first minute but with space in front of him when he shot, the Newbridge man may have been better advised to head for goal.

Bourke and Cillian Fahy responded for the Munster men before Benny Heron tied to game at 0-02 a-piece in an half in which the sides were level four times.

That man Bourke was causing Derry plenty of problems with his movement and pace and hot Limerick back in front but Derry responded with points from Shane McGuigan (2) and Heron after Niall Loughlin had seen another goal chance smothered by Limerick keeper Donal O'Sullivan.

Two Limerick points from Fahy and Bourke, the second a free, had the side level at 0-5 a-piece as Bradley headed to the bin at the first half water break.

Derry remained in charge for the second quarter but again, failed to turn possession into scores despite Heron and McGuigan (2) putting them into a 0-08 to 0-05 lead with 14 men. Derry and Loughlin also saw another goal chance missed when the Greenlough forward did well to break two tackles and get himself through on goal only to see his low shot saved by the feet of O'Sullivan.

Limerick rallied with late scores from Danny Neville and Bourke and with only one between them at the break, it was anyone's game.

Derry took control after the break after McGuigan and Bourke had swapped early frees. A lovely Paul Cassidy effort coupled with scores from McGuigan and Loughlin, both frees, put Gallagher's team into a 0-12 to 0-08 lead by the 47th minute.

Limerick were hanging in there though, mainly thanks to Hugh Bourke and he almost engineered himself a goal when a breaking ball eventually found its way to his right boot which flashed a shot off the crossbar and over the bar.

It was a warning for Derry and one they heeded as Ciaran McFaul and Loughlin stretched the lead to 0-14 to 0-10 as the second half water break arrived.

Following the break, Derry slipped into game management mode and never looked like losing despite an impressive cameo from towering Limerick substitute Josh Ryan who hit 0-3 after being introduced.

If anything, Gallagher's team had chances to make the victory even more comprehensive but it mattered not. It's job done for a Derry side that can now turn their attentions to a championship meeting with either Donegal or Down on 11 July. 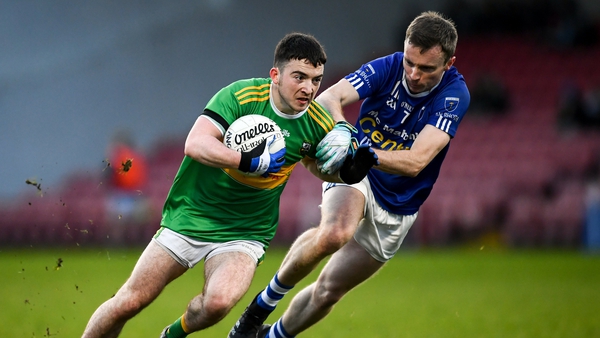 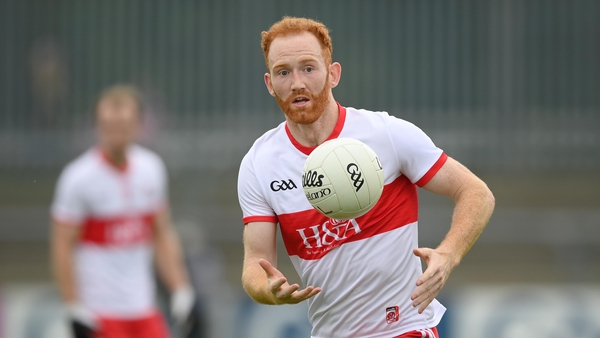 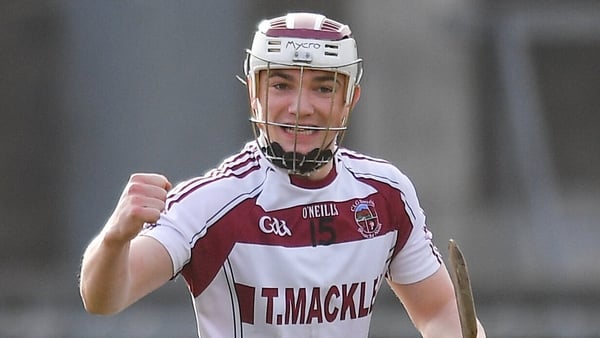