A first defeat of 2021 couldn't prevent Clare from advancing into the Division 2 semi-finals on score difference in Cusack Park.

John O’Rourke’s last-gasp winning point ensured that the Rebels joined Clare and Kildare on four points in the group table but Cork required at least a three-point victory to overtake their hosts in the standings.

Instead, Ronan McCarthy’s side will have to be content with a battling victory as they prepare for a relegation play-off against Westmeath in a fortnight’s time while Clare are in bonus territory when they take on North group winners Mayo for a place in Division 1 for 2022.

With never more than a kick of the ball between the sides at any stage and the Munster rivals locked together ten times over the 70 minutes, it was an anxious encounter throughout that remained firmly in the balance until the final whistle. 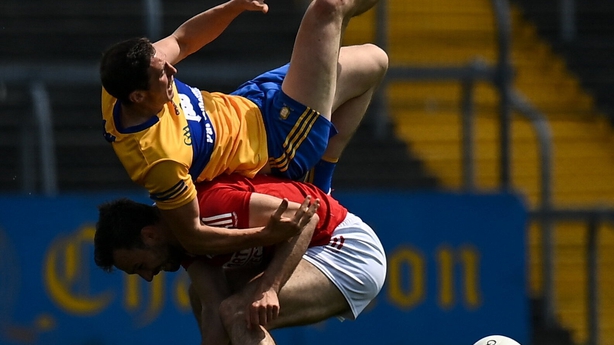 Cork began on the front foot but were quickly reeled in when a Clare counter-attack resulted in a penalty that David Tubridy earned and converted to regain parity at 1-01 to 0-04 by the eighth minute.

The experienced Tubridy took his tally to 1-04 as a buoyant home side gathered momentum until the water break at 1-05 to 0-05.

However, the tie would be flipped on its head within seven minutes of the restart as Cork, inspired by impact substitute Cathail O'Mahony (3), kicked six unanswered points to surge three clear by the 29th minute at 0-11 to 1-05. 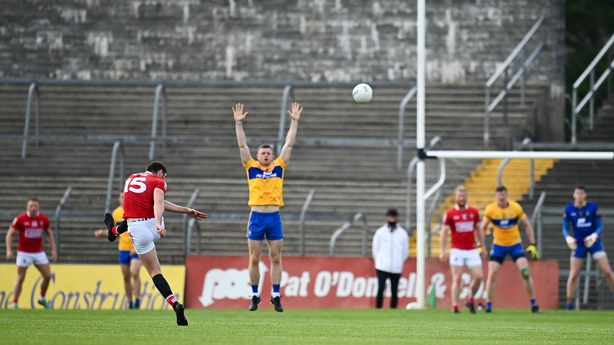 Typifying the compelling seesaw pattern of this group decider, Clare did finish with two of the last three points of the half to lowers the arrears to one by half-time (0-12 to 1-08) before snatching back the whip hand fully for the new half through Pearse Lillis and captain Eoin Cleary to move 1-10 to 0-12 clear.

The sides traded points on four more occasions by the turn of the final quarter at 1-13 to 0-16.

However, with Cork craving victory, they emptied their bench to positive effect as replacements O’Mahony and Brian Hurley both kicked braces to eke out a two-point cushion entering the final ten minutes. 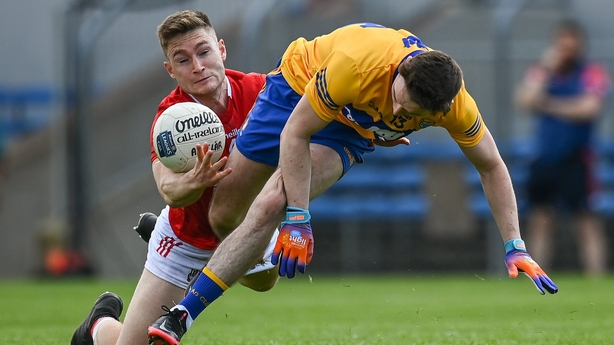 A second yellow card for Hurley did provide the impetus for the home side to bounce back off the ropes once more, with stoppage-time points from Cleary and substitute Aaron Griffin levelling matters by the 73rd minute.

A draw would have secured top spot for the home side but despite leaking a late point through O’Rourke, Clare were still the ones celebrating at the final whistle as at a minimum they consolidated their Division 2 status for a fifth consecutive season.