Tyrone and Monaghan battled out a thrilling 0-14 each draw at Healy Park – and the end result was a semi-final place for the Red Hands and a relegation contest for the Farney.

An intense Ulster derby saw four black cards make their mark as each side in turn gained the upper hand. In the end, it was Ryan McAnespie who grabbed a late, late leveller for the visitors.

Six Conor McManus points appeared to have nudged the contest in Monaghan's direction, but Mattie Donnelly’s massive score deep into stoppage time looked a certain winner, but there was more left in Seamus McEnaney’s side.

Darren McCurry, who finished with five scores for the evening, steered over from a mark, and added another delightful effort form play, before Paul Donaghy made it 0-03 to 0-01 for the Red Hands on 10 minutes.

Rory Beggan managed to get his excellent kick-outs away to colleagues despite a high Red Hand press, and the Monaghan goalkeeper, operating as an auxiliary sweeper, dictated play from anywhere inside his own 45-metre line as his side built from deep.

Conor McManus hit both Farney points in the opening quarter, with McCurry’s third making it 0-04 to 0-02 at the first water break.

Men behind the ball has become the Tyrone default position over the years, and it was back to the tried and trusted as they dropped 14 men deep into their own half to address and frustrate the advancing men in blue.

Beggan swept over a 45-metre free, but otherwise the visitors were allowed little sight of the posts, while the Red Hands broke swiftly for Kieran McGeary, McCurry, with a second mark, and Darragh Canavan score to push them four clear.

After corner-back Cormac Munroe had departed on a black card, Monaghan pushed forward in a full press, but could only manage a McManus free, and trailed by 0-07 to 0-04 at the break.

Monaghan’s flying start to the second half saw them narrow the gap to one, with McManus and Stephen O’Hanlon on target with Tyrone still down to 14 men.

They had four in total during Tyrone’s short-handed spell, with Dessie Ward bringing the sides level in the 42nd minute.

But just as the Red Hands were restored to 15 men, Monaghan themselves lost Micheal Bannigan to a black card.

That didn’t halt their attacking flow, however, with McManus and Conor McCarthy pushing them two ahead by the 49th minute.

A rare point from full-back Ronan McNamee ended a 20-minute scoreless spell for the Red Hands, and they went level as Beggan got fingertips to Canavan’s firmly hit shot to deflect it over the crossbar.

And Tyrone 'keeper Niall Morgan made a vital intervention, getting a hand to Conor Boyle’s fisted cross as Niall Kearns thundered in with the goal at his mercy.

Beggan converted the resulting ’45’ to regain the lead for his side with 12 minutes to play, but they lost substitute Jack McCarron to a black card on 67 minutes.

Tyrone sensed an opportunity, and McCurry and Conor McKenna brought them back level, before Donnelly regained the lead, but they lost Tiernan McCann to the sin bin moments before McAnespie hit the equaliser. 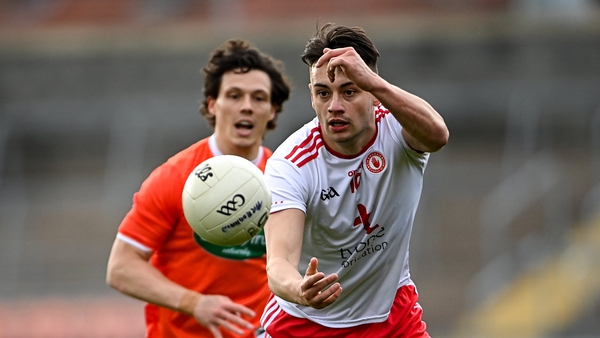 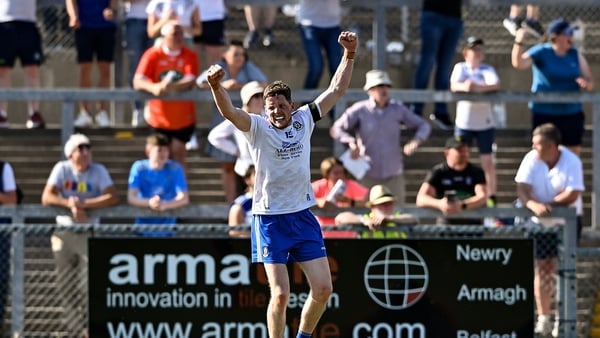 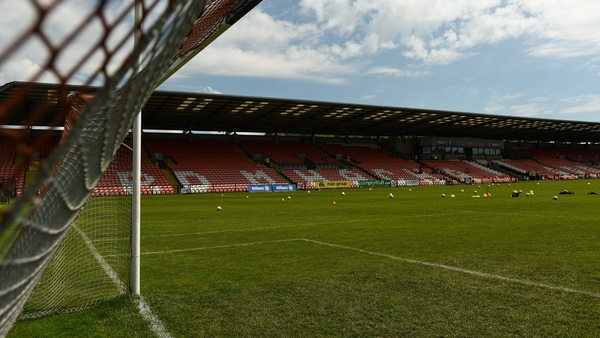 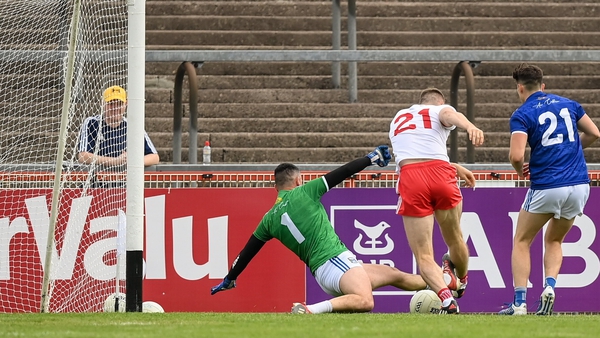 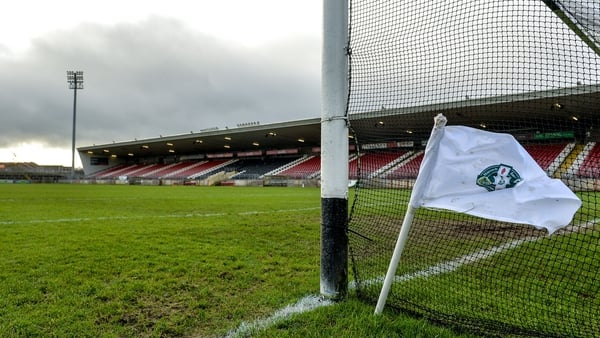 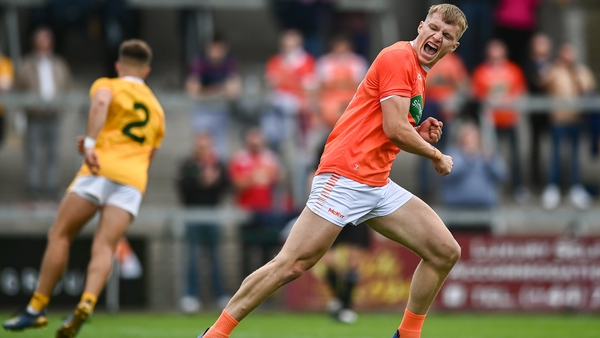 Goals critical as Armagh get past Antrim in Ulster